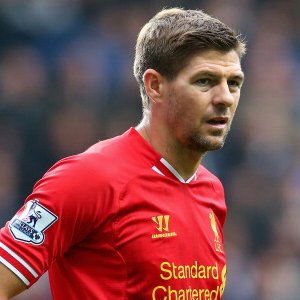 Liverpool captain Steven Gerrard has played down talk of a first Premier League title in almost a quarter of a century, insisting the destination of the championship will be decided over the last 10 games.

The Anfield giants won their most recent English title in 1990 but are top at Christmas ahead of their tricky trips to Manchester City on Thursday and Chelsea on Sunday.

“I think we’re title contenders if we’re in the title race with 10 games to go – I don’t get carried away or I don’t change targets or raise expectations around the city just because we’ve started the season very strong,” the midfielder told Sky Sports News.

“To be in the title race you’ve got to be there with 10 games to go with a realistic challenge of winning it. I do have confidence and belief in my teammates that we’re capable of surprising a few people this season.”

Gerrard is currently out of action with a hamstring injury and will miss the trips to Eastlands and Stamford Bridge but hopes to return for the match against Hull on January 1.

“We keep to the ambition we had at the beginning of the season. We want a good run in the FA Cup and we want to finish in the top four,” added the England star.

“That doesn’t change because we’re sitting pretty in the league. If we were to finish outside the top four I think it would be a disappointing season.

“With the talent we’ve got in the squad and the way we’ve started, we’ve set ourselves up with a magnificent chance of finishing in the top four so if we were to let that slip and finish outside everyone would be disappointed.

“The key to us is to finish inside the top four, it helps the club financially to bring players in and to end that long spell without it.”