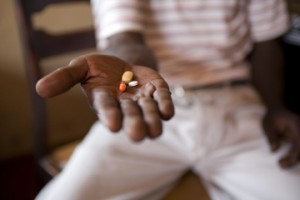 A new study reports that young people with HIV have a life expectancy similar to that of the general population.

Researchers of the new study published in the journal PLoS One looked at the death rates of about 23,000 HIV positive people age 20 or older who were taking anti-HIV drugs. The researchers from the British Columbia Centre for Excellence in HIV/AIDS and the North American AIDS Cohort Collaboration on Research and Design analyzed life expectancy rates from 2000 to 2007.

They found that 20-year-old participants taking antiretrovirals had a life expectancy that increased dramatically during that time frame. From 2000 to 2002, they were expected to live about another 36 years, and in 2006 to 2007, that estimate jumped to 51 years.

Based on this data, the scientists concluded that 20-year-olds with HIV can expect to live into their 70s, which is in line with life expectancies for the general population. The HIV positive patients with lower life expectancies included those with a history of injectable drug use and those belonging to non-white racial and ethnic populations.

“I don’t think, in all honesty, that there has been an area of medicine that has undergone (as big a) revolutionary evolution over our lifetime as HIV has,” said study author Dr. Julio Montaner, the director of the B.C. Centre for Excellence in HIV/AIDS to The Vancouver Sun.

Related Topics:HIVantiretroviralslife expectancy
Up Next