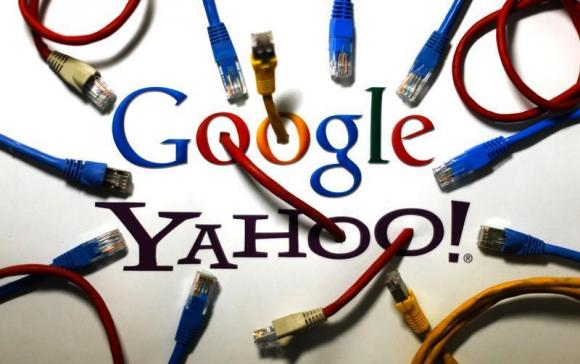 Eight major U.S. web companies, including Apple, Google and Facebook, made a joint call on Monday for tighter controls on how governments collect personal data, intensifying the furor over online surveillance.

In an open letter to U.S. President Barack Obama and Congress, the companies said recent revelations showed the balance had tipped too far in favor of the state in many countries and away from the individual.

After Snowden’s disclosure, many of the big Internet companies warned that American businesses may lose revenue abroad as distrustful customers switched to local alternatives.

“We understand that governments have a duty to protect their citizens,” said the letter from the eight firms which also included Microsoft Corp, Twitter, LinkedIn Corp, Yahoo Inc and AOL Inc.

“The balance in many countries has tipped too far in favor of the state and away from the rights of the individual – rights that are enshrined in our Constitution. This undermines the freedoms we all cherish. It’s time for a change.”

Several of the eight companies, which have a combined market capitalization of nearly $1.4 trillion, have responded by publicizing their decision to boost encryption and security on their sites.

The companies have detailed their ‘Reform Government Surveillance’ campaign on a website, calling on the U.S. government to take the lead by limiting how much user information a government can collect.

“People won’t use technology they don’t trust,” Microsoft General Counsel Brad Smith said on the website. “Governments have put this trust at risk, and governments need to help restore it.”

The campaign also calls on governments to limit surveillance to specific, known users and not to collect data in bulk, and asks that companies have the right to publish the number and nature of government demands for user information.

“The security of users’ data is critical, which is why we’ve invested so much in encryption and fight for transparency around government requests for information,” Google Chief Executive Larry Page said on the website.

“This is undermined by the apparent wholesale collection of data, in secret and without independent oversight, by many governments around the world. It’s time for reform and we urge the U.S. government to lead the way.”

Obama last week said he intended to propose NSA reforms to reassure Americans that their privacy was not being violated by the agency.

British-based campaign group Big Brother Watch welcomed the move by the Internet groups and said surveillance laws in Britain, the U.S. and many other countries were no longer fit for the Internet age.

“This statement of principles, by some of the world’s biggest companies, is a watershed moment and one that cannot go ignored in any country that regards itself as a democracy,” it said.

(Writing by Kate Holton in London; additional reporting by Chris Peters and Rohit T.K. in Bangalore.; Editing by Louise Ireland)