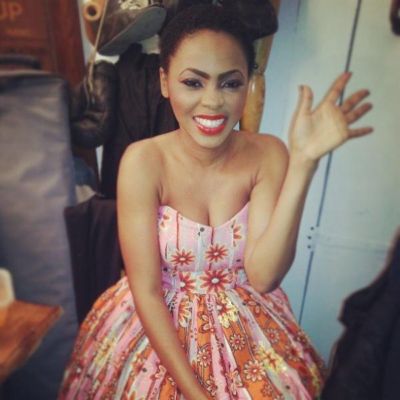 Kora award winner and Ex Project Fame winner, Chidinma Ekile, tells ‘Nonye Ben-Nwankwo how she has been able to manage the recent controversies surrounding her

You won Kora Awards last year and this year again, you were nominated for an international award, Channel O Awards. Did you ever imagine that you would get to this stage?

No way. I never imagined it in any way. All I did was just to be focused. I knew this was what I loved doing and I decided to just keep doing it. I didn’t expect that it would get this big. Sometimes I sit back and I think back of how it started.

But did the awards have any impact on your career?

Oh yes. When I won the Kora and got back to Nigeria, it was a whole different experience. People started treating me differently. They wondered how ‘small’ Chidinma could go to Cote D’ivoire and bring the Kora home. It added to my profile. Being nominated for the Channel O Award is a big deal for me even if I didn’t clinch the award.

How has it been since then?

Did you go back to school?

Oh yes. I am managing my career and my studies. I don’t have a choice. I wake up every day and I realise I have a lot of things to do. This is really the best time to tidy up my education. This is my youth. I get busier by the day. It will get tougher. I have to do what I have to do before time gets tougher.

Are you not scared or intimidated competing with other bigger female artistes in the industry?

I have never been a competition person even though I am a product of a competition. But I didn’t see Project Fame as a competition. I was doing what I love doing. In the industry, I am not in any competition. I am just Chidinma. I have tried to carve a niche for myself. I try to be different all the time. I don’t like a situation where somebody will say ‘Chidinma sounds like this person or that person.’ When that comes, competition arises. I am not in for that. I just want to be me and I always try to improve. I want to be versatile. I don’t want to be put in a box. I am here to have fun and make money at the same time.

But you must look up to some of the female artistes…

Definitely. Most of the time I was preparing for the Project Fame competition, I listened to Omawumi a lot. I followed her right from the time she came out of West African Idols. I just loved her kind of music. It is African and she has lots of messages at the same time. I love Onyeka Onwenu as well. I can learn from any one. I am still able to talk and ask question. I am still their baby.

Do you owe Project Fame all you have achieved?

I owe it to Project Fame to a reasonable extent. I don’t think I would be here if not for Project Fame. I didn’t take music seriously. I felt it was something I could do during my leisure. I didn’t know it would become a profession.

If you hadn’t won, you wouldn’t have been bothered?

It wouldn’t have mattered. I didn’t even know I was going to win. I felt I was having fun and if I got money, it was okay. I didn’t want to be the winner. I didn’t want everybody’s eyes to be on me. But it happened and I didn’t have a choice. I decided to give it a trial. That is why I am here today.

I have been in the news lately. My manager told me that I am a balloon on top of lots of needles. People want me to drop on those needles and get deflated. He told me to be careful. The first time was when my nude picture went viral. I actually went for a photo shoot for my friend. I wore a tube dress. Some mischief makers actually cropped off the lower part of the picture and posted it on the Internet. It was as if I was nude. I wasn’t happy at all. I had that picture. I had to post the real picture on the net and people now got convinced the nude picture wasn’t original. I thought that was the end, I didn’t know a bigger scandal was coming…

You mean the sex video?

Oh yes. I woke up one morning and I was greeted on the internet with ‘Chidinma and sex tape’.  I was worried primarily because of my mother. I didn’t let her see the video but I had to show her the photos. I didn’t want to go out that day. I couldn’t go out. But my mum felt otherwise. She told me to ignore the mischief makers. I almost took some actions but I thought against it. I met Sound Sultan on a set. He told me, ‘Babe, you are now a star. I welcome you officially into the industry.’ I trended for three days. Even people who didn’t know me got to know me. My fan base grew. And then, I was happy because more than 90 per cent of the public didn’t believe I was the one in that video. There were people who didn’t need to see the video to believe I couldn’t have done such thing. I am just grateful to everyone who didn’t believe the story. My twitter account was hacked and the people created another account. They kept releasing nasty pictures and they were even responding to the tweets as if I was the one doing it. I was just watching and laughing. It put me in the spotlight. I used it for good.

But such scandal shouldn’t be good for your career…

Ever since I started, I have been scared of scandals. I didn’t want to have any. But I realised that I cannot run away from it. It is just normal. It is not everybody who is happy seeing me rise. Some people are trying to do something to stop me. But sex tape is not enough to stop me. They should bring up something else. The sex tape just took me to another level in my career. It moved me up. This is no more ‘little’ Chidinma. It didn’t bring me down in any way. I am still doing a lot of things.

Oh yes. Everybody wants to marry me but I am not ready for marriage.

I laughed when I saw that story. I have not considered his request. I still have to make more money before I consider marriage. He is actually my friend and he never told me something like that. I have been linked with so many people. People cannot imagine me being a saint. They are just looking for something to attach to me.

It is a lot of work. People see me and envy me and say ‘ohhh, she is now a star and she must be enjoying’. I am not enjoying. The more you are there, the more you do things. The expectation is now so high. Being a star is not so much fun because you have to do more work. You have to please people. You have to smile even when you are not in the mood. It is so frustrating. But then, you owe it to some people, you have put yourself out there. This is what I have signed for. Nobody begged me to do this.

Rauf Aregbesola Is A Danger To Democracy