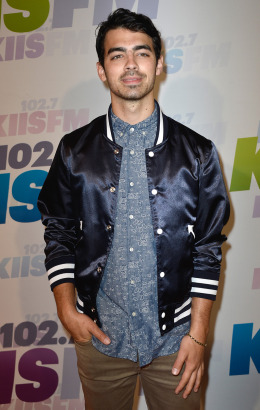 TIME reporter Melissa Locker said Joe Jonas smoked out with Miley Cyrus, and gave it up to Ashley Greene.

For more with Jonas, head over to Vulture.com.

Miley Cyrus Was The Most-Searched Term On Yahoo in 2013