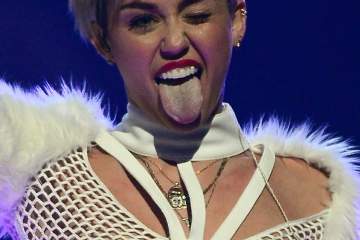 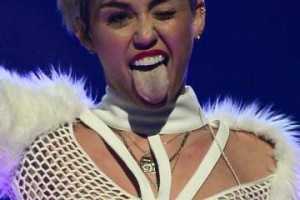 Ethan Miller / Getty Images
Entertainer Miley Cyrus winks and sticks out her tongue as she performs during the iHeartRadio Music Festival at the MGM Grand Garden Arena on September 21, 2013 in Las Vegas, Nevada.

TIME Entertainment Denver Nicks reports that Miley Cyrus was the most-searched term on Yahoo in 2013, the first time a human has taken the top spot since Michael Jackson in 2009.

“Other political figures to make the top 10 include Hillary Clinton, whose potential as a presidential candidate has stirred interest in recent months, and tea party lightning rod Ted Cruz, a conservative leader during the government shutdown earlier this year.”

Yahoo’s top “obsession” in 2013, which combines the volume of searches with how fast the term rose in popularity, was the backwoods TV blockbuster Duck Dynasty. The top “Why” question of the year was “Why only 6 jurors in Zimmerman trial,” though at least one old classic held its own, coming in at No. 4: “Why is the sky blue?”

From Smoking Pot to Losing His Virginity: 9 Things Joe Jonas