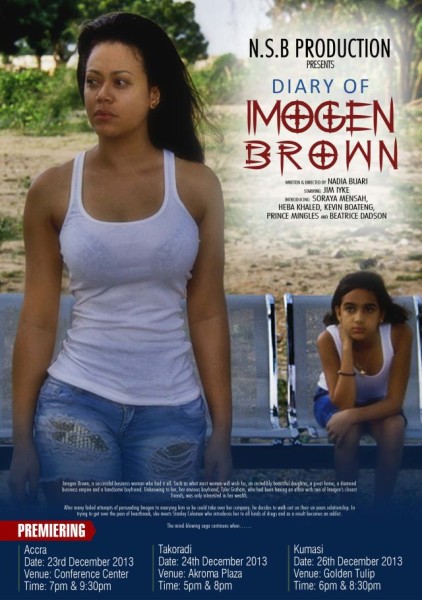 The Long awaited “Directing Debut” of Ghana’s own Nadia Buari is here!!

Imogen Brown is a successful business woman who had what most women wished for. An incredible daughter, a great home, a diamond business empire and a handsome boyfriend. Unknowing to her, her envious boyfriend Tyler Graham, who had been having an affair with two of Imogen’s closest friends, was only interested in her wealth.

After many failed attempts of persuading Imogen to marry him so he could take over her company. He decides to walk out on their 6-year relationship. In trying to get over the pain of the heartbreak, she meets Stanley Coleman who introduces her to all kinds of drugs and as a result becomes an addict.

Watch The Funny Side Of Banky W In ‘Jasi’