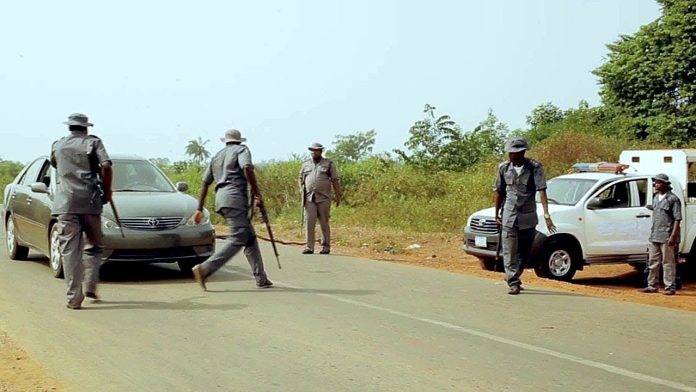 Peters decried the death of Saheed Aweda and life-threatening wounds sustained by three other officers of the patrol in the period under a review.

According to him, officers of JBPT Sector 3 intercepted an alleged stolen Toyota Land Cruiser with registration number, KUJ 570 MB belonging to a House of Representatives member, Chidi Nwoka, from Ikwere, Rivers State. Operatives in the area recovered the vehicle reportedly abandoned at Suleja, Niger State.

He disclosed that two occupants of the vehicle, who were stopped for a search by his men, took to their heels to evade arrest.

The statement reads: “In the early hours of Wednesday, November 23, 2022, our operatives deployed to Suleja axis of Niger State, while on routine patrol, intercepted a Toyota Land Cruiser with registration number KUJ 570 MB from Abuja heading to Kaduna.

“The operatives requested the vehicle Customs documents from the occupants. But the two occupants, who could not produce any document, disembarked from the vehicle, pretending to be making a call to the owner and suddenly took to their heels and ran into the bush. This raised the suspicion of our operatives.

“While conducting search on the vehicle, the operatives found a complimentary card bearing details of a National Assembly member. The lawmaker was subsequently contacted and he confirmed that the vehicle was snatched a few hours earlier from his driver at gunpoint around Gwarimpa axis of Abuja.”