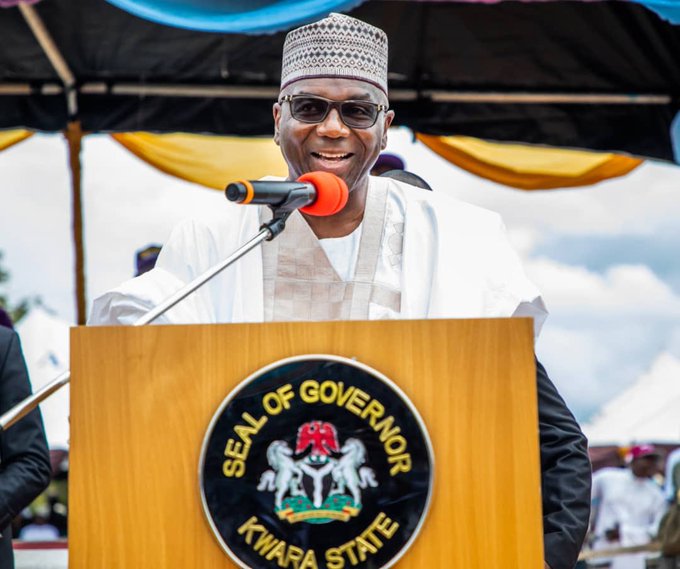 Kwara state governor, AbdulRahman AbdulRazaq, has tackled the declaration by Southern Governors to ban open grazing, saying “it is a law that cannot be enforced”.

The Kwara state governor stated this in an interview with Vanguard. According to him, open grazing is “about fundamental human rights; the right to free movement. It is enshrined in our Constitution. You can try to minimize it”.

“Security challenges are huge, especially with insecurity in the North-West, and the declaration by Southern Governors to ban open grazing.

“Once they pronounced it and set a date, we saw a migration of herdsmen coming in to the extent that if you go to Kwara South, Kwara North now, in some villages, the Fulani have moved in. They are more in population than the indigenes.

“Many times, I have engaged with the traditional rulers, especially to say, let’s be accommodating, it will soon pass.

“The ban on open grazing is a law that cannot be enforced. It’s about fundamental human rights; the right to free movement. It is enshrined in our Constitution. You can try to minimize it.

“But now you’re saying you have to buy your food and water from next month. It’s not going to happen. In terms of ethnic groups across Nigeria, in terms of literacy, the Fulani are at the bottom”.

He however described the herdsmen as illiterate who are adept at tracing grazing routes from the colonial era.

“When you see the herdsmen, they are children, herding the cattle to the bush. Those children don’t understand. They are illiterate. You’ve gone to the bank to collect money to plant maize. He sees food for his cattle.

“You see maize that you want to cultivate, sell and pay back your loan but he sees food for his cattle and he passes through your farm. What you also forget is where he is passing may be a grazing route from the colonial era.

“They maintained that route. We don’t know it, they know it. It is like a federal highway. It’s been there. The British Colonial administrators created those routes; they put veterinary officers and tax collectors at certain strategic points.

“They were collecting tax and vaccinating the cattle and all sorts of things. The routes were there like the federal highways. In Kwara, we have about four or five grazing reserves we inherited from the colonial era. They are there. We are going to take and develop those reserves.

“Urbanization means that you have built on their grazing routes, where they used to graze 50 years ago for free, somebody else has a C of O on it now. He is doing his own plantation for maize.

“But maybe from somewhere in Yobe, they have told the boy where to go, and he’s followed his father there before, so he knows where to go and forage, but when he gets there, corn is there but he knows that is where he used to come for food, but it’s now a farm.

“In terms of literacy, he doesn’t understand that. He knows that this is where he comes to play. It’s his area.

“When Yar’Adua came in, he had a challenge: militants in the Niger-Delta, production of petroleum products was reduced to less than 500,000 barrels a day from 2.2 million barrels.

“What did he do? He sat down and did the amnesty programme which today has cost us about N1 trillion. Do you see any factories? Do you see anything? But we don’t care.

“We know we used the money to buy peace and oil has been flowing well since then. Tompolo, everybody benefited. But we bought peace. Now, we are having a cycle of violence with Fulani herdsmen.

“We’re not offering these Fulani anything other than the bullets. That’s the truth of it. What are the options? We say we ban open grazing, so what option did we give them other than move out of our state, we have banned open grazing?

“They are Nigerians who have rights to freedom of movement. If you ban open grazing, you have to give them an option.

“Northern governors agreed in principle that this thing is not sustainable forever. They said it will be sedentary but they need to set up committees to find out how to do it, to the extent that even Kano State said all the Fulani in Kano should remain, they should not move out.

“So, a committee is going to be set up to look at how to mitigate these issues. To say, those that have land should give them land. But even with land, it is a big issue.

“They say states own land. State do not own land. If you take a piece of land, you’ll have to compensate the original owners. The state has to buy the land.

“And that’s why some governors are saying that the Federal Government needs to put money in this programme, the same way Yar’Adua invested money in the militants issue. Let’s begin to settle them.

“Apart from the National Livestock Transformation Programme, there’s no real effort, other than to say, stop this. We need to open an avenue for them to say.

“We want you to stop this, this is how we mitigate and compensate you. Some people might say, why should you compensate them, but they’re transitioning.

“You need to either compensate them or give them enough time to change because the cost of beef has to go up, because they’re now buying food to feed the cattle, instead of getting it for free in the bush”.