7 hours ago
“They tried desperately to revive him in the car, but he didn’t make it” – Grieving Mother explains how her son died after Lekki Tollgate Shooting#EndSARS
14 hours ago
Wrongful arrests, trumped-up charges, unlawful detention, exposure to ill-treatment — how people held in connection with extraordinary #EndSARS protests are rotting in jail
1 day ago
‘Replace the term rising insecurity with declining insecurity’ – Buhari urges Nigerian media
1 day ago
Former US Secretary Of State, Colin Powell, has died
2 days ago
Gunmen Attack Police Station In Ebonyi, Free Inmates, Burn Operational Vehicles

Fresh from the release of his joint 9 album (Esan, Harmattan and Winter), Brymo appeared as a guest on NewsWireNGR Twitter Space conversation on Thursday night.

His appearance was an emotional moment for the over 500 fans who listened to their favourite artist speak for more than two hours.

The conversation was in two parts; the first was an interview segment with NewsWireNGR’s anchor, Fola Folayan. She asked him questions on his music philosophy and his growth as an artist.

In the second part, excited fans also got the chance to unravel his mystery and explain the things his music has done for them.

Here are five highlights of what Brymo said in the conversation: 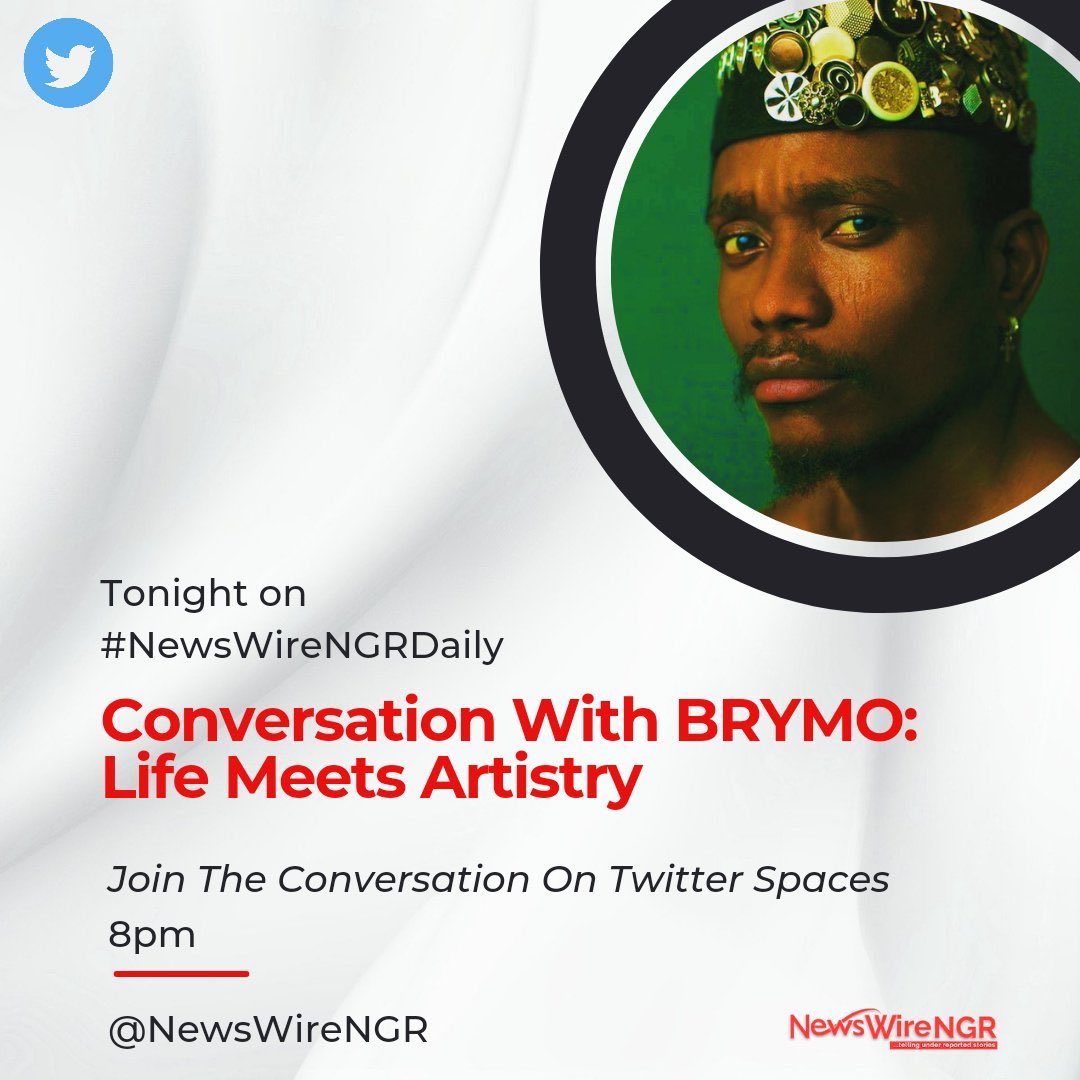 “I do not do hype; I do promotions”

In the early hours of Thursday, September 9, 2021, fans woke up to the news that Brymo had just released an album.

A fan with Twitter handle @MikkyDOptimist suggested Brymo should hire Pr agencies to amplify his works and build bridges with fans and other celebrities.

“If someone has to be online making noise about how amazing my music is, I think the music is no longer amazing. It is different from someone saying I am listening and I am enjoying myself.

“I want people to say I love this line; I love the hook, I love the way his voice is going up and down. I want them to give details of how much they love the music rather than just say this is the song of the year.

“Even when I employ the services of influencers, I deliberately insist that they listen to the music and tweet from the core of their feelings about the song they heard.”

In the interview segment, Brymo explained that he shies away from featuring other artists because he sings from personal experiences and it would be difficult for other artists to relate with his experiences.

But when two speakers suggested his brand of music will blend perfectly with that of Nigerian-French singer, Asa – he revealed that his team has been working on an Extended Play (EP) with Asa.

“We are in talks with Asa’s management and as soon as we get it locked down; it is something I am looking forward to.

“We have reached out to her management to work on an EP.” 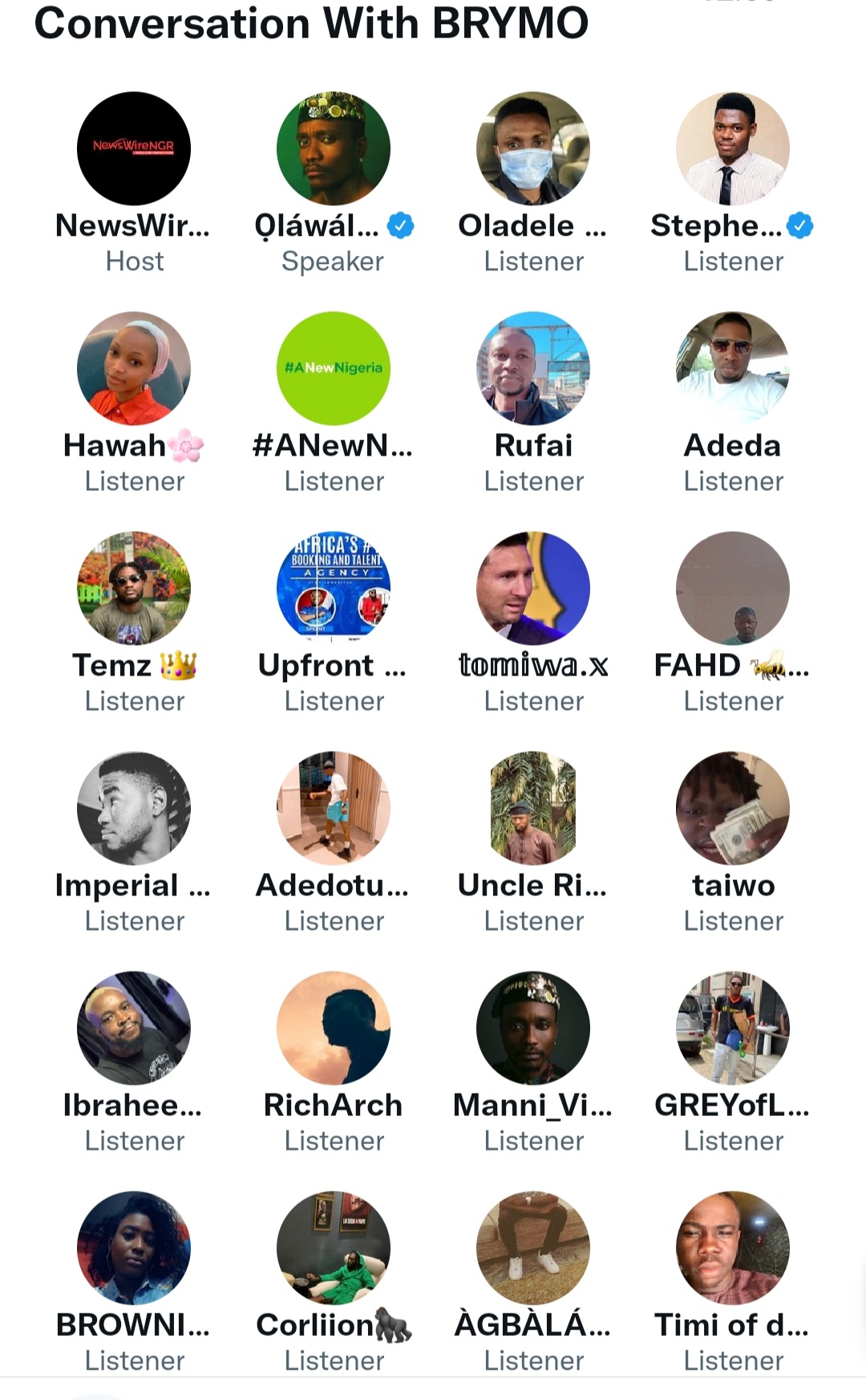 A fan asked: In the song – There is a Place, you talked about boneheads, can you explain the story behind that?

Brymo answered; “I think a bonehead is any adult who ignores duty because duty is about balance and ‘There is a Place’ is about balance, about finding that place between animal and spirit.

“There is a Place’ is fictional, and I had to come up with the story of bonehead. By the way, bonehead also refers to some of the very personal experiences I have had lately with some of my colleagues.

“And I do not mean any disrespect, but I think there are too many boneheads in the Nigerian music industry. So while we are always called upon to chastise and castigate the politicians, I do not think Nigerian celebrities are fit for that job because within ourselves; we have things we need to sort out.

“I wrote that song from a very personal perspective as a musician in Nigeria.”

Last week, Brymo tweeted that Fireboy DML’s LTG album is his favourite album in recent times. A commenter who described himself as a casual Brymo listener queried why he ignored albums like Wizkid’s Made in Lagos (MIL) that is presently making waves.

“It is just the feel. It is way easier to connect with artists when we are fresh. We do not really go in as much when we make subsequent projects but that really huge moment when you connect your dots and your hunger aligns with your inspiration, there is a feel to it. It is the feel that I look out for.

“And if you notice, I did not mention the next Fireboy album; I mentioned that particular album. So it is just the connection that I felt towards that album.

“I actually love Wizkid’s ‘Made in Lagos’ and ‘Sounds from the Other Side’ but I was just specific with the Fireboy album.”

Why he does not judge people in his songs

In the interview section, Brymo explained that he is deliberate about not judging anyone in his songs. So when it was time to let in questions from the listeners, Mercy Abang asked why he made this decision.

Brymo answered; “I was in South Africa for Big Brother one time. Oleku was big, and I was in this club with Ice Prince and some ladies.

“We were listening to one Nigerian song, and the ladies loved it. They then asked what it meant; because the song was in pidgin. So I told the girl the song was about a promiscuous girl and the artist is saying she jumps from man to man.

“So the girl goes ooh, I do not even like the song anymore. I said ooh she feels judged. That prompted me to pay attention to how I write.”

“My not judging is by survival as much as it is by moral standards. I know if I am objective on every song, everyone would enjoy it and therefore, almost everyone who comes across my work would be stuck on it because they find objectivity in it.”

Finally, what is a Brymo talk without deep quotes:

“What we need to do and what we love to do must meet halfway” – Brymo.