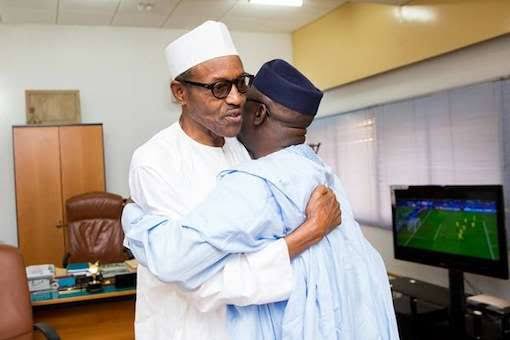 The General Overseer, Citadel Global Community Church (formerly called The Latter Rain Assembly), Lagos, Pastor Tunde Bakare, appeared to have fallen out with President Muhammadu Buhari as he told his congregation that he would no longer visit him and even dared him to arrest him

Mr Bakare who was Buhari’s running mate in the 2011 presidential election on the platform of the former Congress for Progressive Change in 2011 said this in a sermon on Sunday.

The cleric decried the state of the nation and despite not mentioning the President, his utterances referenced his relationship with President Muhammadu Buhari whom he had priorly claimed to have backed to office.

“I dare you to come after me since that is the usual style now. You might have done it to others; you are about to learn a lesson if you touch me,” he said.

“If you know what I have done in secret, bring it to the open. I dare you to come after me if you can. I worked with you; I worked for you; I supported you to get there (where you are). When I talk now, I now have a smelly mouth.

“I’m not interested in meeting you any longer; no more visits. Now, it is war, because Nigeria must be set free.”

In the sermon, Bakare also criticised the decision to clamp down on the leader of the Indigenous People of Biafra, Nnamdi Kanu and Yoruba Nation agitator, Sunday Adeyemo aka Sunday Igboho.

“I don’t support any act of violence, taking up arms against the country and killing people. Those are in the realm of criminality and anybody doing that must be brought to book. However, we must realise that what has given rise to the agitation is a lack of justice and equity. When there is justice, when there is equity, agitation will die down. How can you be expending so much energy on Igboho and Kanu? Igboho and Kanu are not Nigeria’s problems. Nigeria must restructure and no one can stop that,” he declared.

He further urged the government to enthrone justice, instead of using intimidation and brutality.

“Have you forgotten that you vowed never to contest again. I said ‘not so’. I showed you how you can win the next election and you agreed to run and you won. I was not considering myself but concerned about how Nigeria can become great.

“Winning an election is a different thing; doing the right thing is another. No one must behave as if Nigeria is a personal property. Nigeria must be set free and any obstruction along the way must be removed; it must get out of the way.”

He told Nigerians to be prepared for the baton of change, recalling how he pronounced the late Gen Sani Abacha’s days numbered during his fist rule.

‘Personally, I feel we should leave INEC to handle electronic transmission’ – Fayemi