'Personally, I feel we should leave INEC to handle electronic transmission' - Fayemi 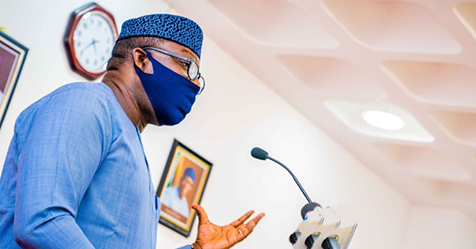 Ekiti State Governor, Kayode Fayemi says the Independent National Electoral Commission (INEC) should determine when to use the electoral transmission of results.

While speaking during an interview on Channels Television’s Newsnight on Monday, the Chairman of the Nigerian Governors Forum said the drama that trailed the passage of the bill before the parliament was unnecessary.

“I feel that the hullabaloo around this could have been avoided partly because I feel it is something that we must not over-regulate, particularly the activities of an independent commission.

“Personally, I feel we should leave the Independent National Electoral Commission (INEC) to handle and decide when or where to utilise the electronic transmission, not the principle of it,”

Recall that the National Assembly had on July 15 deliberated extensively on the Electoral Amendment Bill with the House of Representatives passing the bill moments after opposition lawmakers walked out of the heated session.

Related Topics:INECKayode Fayemi
Up Next