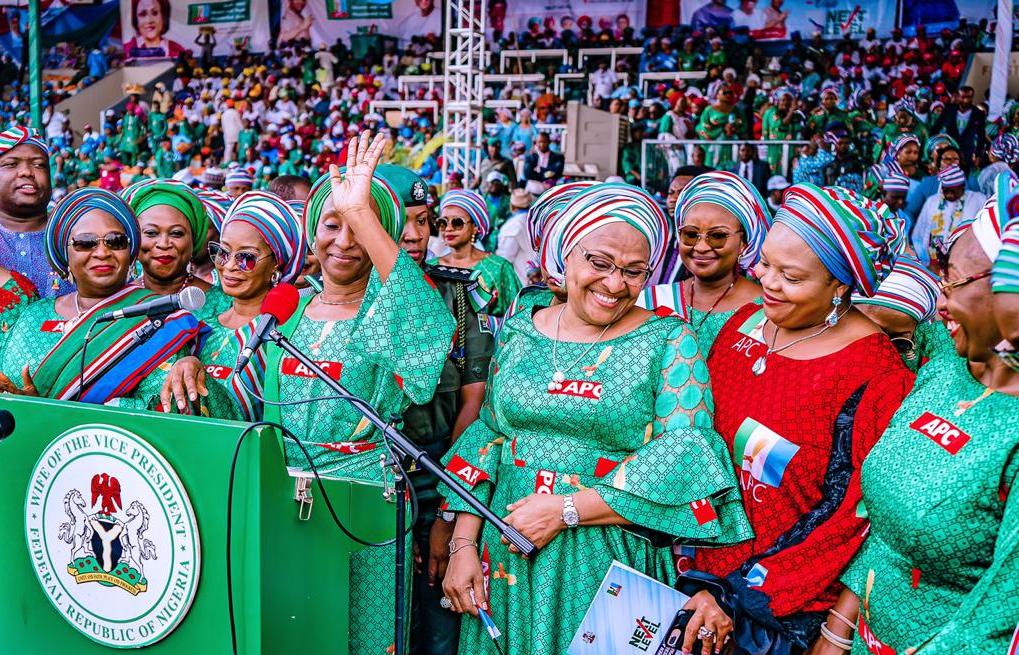 Women have been active players in Nigerian politics, so this is not a problem of misogyny. However, in recent times vocal women in the nation’s politics can be likened to a drop of water in the ocean.

It is an ostensible fact that the male gender has dominated the Nigerian political landscape. After all, politics as it is now being said is a game of strong-willed men. However, this does not mean women are completely absent from the political system. A few of them also determine, albeit with the male counterparts, who should or should not hold certain offices.

Most offices that the women hold in political parties are mostly women leaders—possibly because a man cannot be a women leader. Women have also held ministerial positions, served as deputies governors, First Ladies as well as in other important capacities. Despite this, there is an obvious gap in women’s participation in politics in Nigeria.

It is against this backdrop that a webinar themed “Political Party Administration: Where are the Women?”was organised by the ElectHER campaign on Saturday, April 24th to address the issue of women’s participation in politics. The panelists at this webinar moderated by Abosede George-Ogan, co-founder of ElectHER Campaign were Barrister Ebere Ifendu, Chairperson, Women in Politics Forum, and Mr. Sunday Alao, Senior Programme Director, International Republican Institute (IRI).

Abosede George-Ogan, during the introductory session, said women should be part of the political party structures in the country if they want to get involved in national governance. “Political parties and the practices, policies, and values can have a really significant impact on women’s political participation and representation,” she said.

She added that although political parties’ constitutions in Nigeria give room for women to hold key positions, the irony is that they are only allowed to be women leaders and do not hold important positions.

“A study by the International IDEA (International Institute for Democracy and Electoral Assistance) on political party commitment in thirty African countries found that there is a significant gap between the parties’ written commitment to achieving gender equality and the actual measures that enforce and implement them,” Abosede stated.

State of women in Nigerian politics

During the webinar, Barrister Ifendu stressed the need for active participation in politics. She said the women should be at the forefront of the party’s structures and should not embrace relegation. She added that they must also network to be firmly rooted in party structures. “In (political) party, you must network. You must ensure that it (networking) is not just within your party, you have to be known across other political parties.”

Mr. Alao also followed Barr. Ifendu’s lead. He emphasised that for women to stand a chance in political administration they should identify with the levels in the party structure, later adding that women should not serve as men representatives and figureheads. “We need to have women understand the principles, policies, and what entails in the party to be in the party,” Alao added.

Violence against women in Nigerian politics

Mr. Alao attributed the reason for violence against women and in political parties generally to lack of sanction. He also said politicians with self-interests brew violence in the political system. He posited that “violence will reduce if women hold a critical position in (the) party structure, harping that “women should also court male allies in the party” to reduce their chances of being exposed to attacks. Alao suggested that institutionalising internal party democracy will reduce the propensity for violence.

Mr. Alao said the current godfathers in the political system are not ready to leave, so there should be godmothers. He further said the reason for the paucity of godmothers is as a result of the limited space for women’s participation. He called on economically influential women to join party structures to turn the tide against the relegation of women in politics.

Barr. Ifendu also said women should look for men that will be their backup, adding that the women should also show their utmost relevance in party structures. She urged them to volunteer at their parties and show support as well. “I think what we need to do is to join a party, participate in your party, make yourself relevant, and volunteer.”

Barr. Ifendu said what would bring about an increase in the number of women in politics is by their active participation. She said women should be galvanised to join political parties. And while being members of the parties, she said they should network, build strong allies and negotiate positions for themselves.

Mr. Alao, on the other hand, said mentorship programmes should be provided for the women who are interested in joining political parties, so they can find their voices and push themselves to contest for positions.

Related Topics:politicsopinionKareem Shamsudeen
Up Next

Remi Oyeyemi: Channels TV and the Cowardice of Power

Abdulkabeer Tijani: The Leadership we want and the united state of Africa