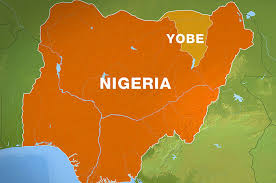 Boko Haram has hoisted its flag in some parts of the Geidam community, in Yobe state.

This comes two days after the terrorists reportedly attacked Geidam local government area of the state – Geidam is the hometown of the acting Inspector General of Police, Mr. Usman Alkali Baba.

Some of the residents confirmed to Channels Television that, the insurgents have hoisted their flags in some parts of their community, moving from house to house preaching to them to accept their ideology.

Although the Army battalion in Geidam is still present in the community, it has not stopped the insurgents from propagating their missions.