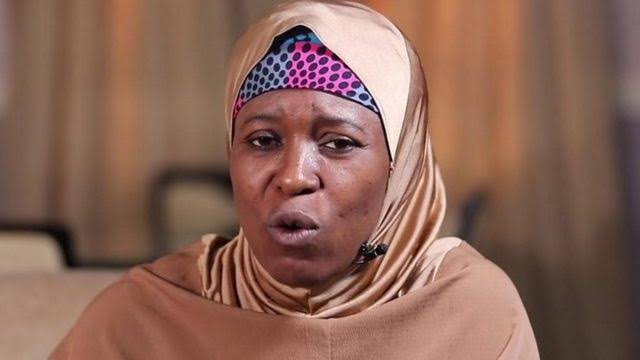 Nigerian activist, Aisha Yesufu, Friday, has joined voices calling for the sack of Minister of Communication and Digital economy, Dr Isa Pantami over his pro-terrorism statements.

She also condemned the presidency for defending the Minister.

Speaking in a video shared on her Twitter account, Mrs Yesufu said the presidency is an institution, not Garba Shehu or President Muhammadu Buhari and this institution should not be seen supporting a terrorism sympathiser.

“We can not be a nation and allow people who support terrorism to be out there in our public domain as public servants.

Yesufu also tackled the presidency’s claim that Pantami was in his teenage years when he made those statements.

She said he only apologised because he has been found out.

“But today he has been found out and he knew what he was doing by apologising.”

The presidency on Thursday released a statement defending the embattled Pantami amid public backlash for past controversial preachings that linked him to terror groups and a letter that alleged he was part of an assassination plot.

In a press statement signed by the senior special assistant to the president on Media, Garba Shehu, the Presidency said Pantami is currently subject to a “cancel campaign instigated by those who seek his removal.”

Despite the statement, there are still overwhelming calls for the minister to resign or be sacked.

Taking to their social media accounts, they expressed their disappointment with the presidency’s excuse of the minister being the victim of a cancel campaign and the wrong claim that the minister, 48, was in his twenties in the 2000s.

They likened the presidency’s explanations as being tenable for terror group leader, Shekau and worried that he may also hold government positions rather than face criminal charges if he apologises for his actions.

Related Topics:Aisha Yesufu
Up Next

By siding with Pantami, Buhari has revealed his stance on terrorism – Oby Ezekwesili