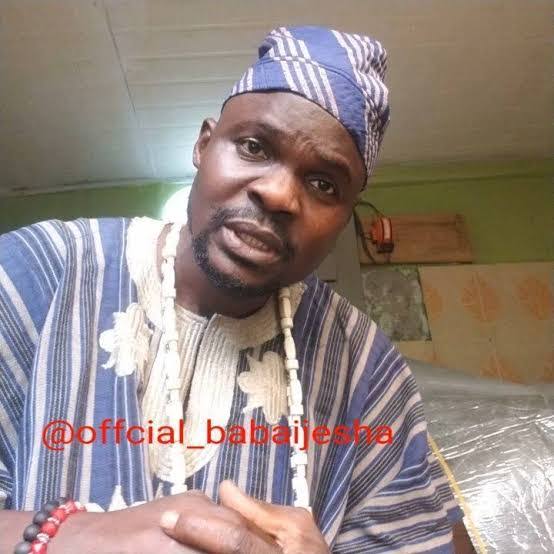 “The suspect confessed to the crime and was also captured by a CCTV camera in the house of the complainant,” he said.

”The case of defilement was reported on Monday by Princess Adekola Adekanya at Sabo Police Station, Yaba, Lagos.

”The case was then transferred to the Gender Unit of the State CID, Panti, Yaba Lagos, for proper investigation.”

He also added that the Commissioner of Police,Lagos State, Hakeem Odumosu, has ordered for proper investigation as he promised to do justice in the matter.

The actor, who belongs to the league of Baba Suwe and Mr Latin, got married in 2012 .

He earned the moniker, Baba Ijesha, due to his ability to mimic an old unintelligent man in movies.

He shot into limelight after starring in ‘Omo Orita’ which was written and produced by Saheed Balogun.

Related Topics:Baba Ijesha
Up Next

Comedian, AY calls out DSS for neglecting a petition he filed