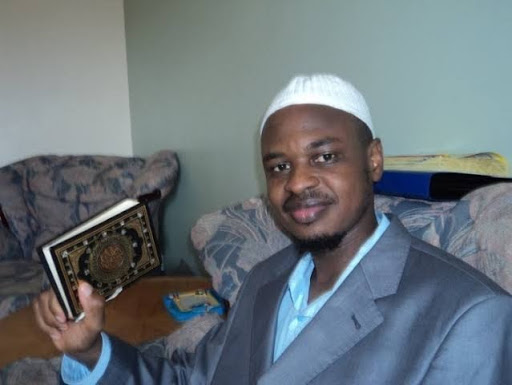 December 9, 2004, a student of the Abubakar Tafawa Balewa University, Sunday Achi was found dead at the university mosque.

It was later revealed that the 24-year-old student of Architecture was strangled dead by Muslim students over allegation that he circulated a tract that contained blasphemous content.

For years, the incident has been under the radar but the recent terror scandal against the Minister of Communications and Digital Economy, Isa Pantami, has resurfaced the death of the leader of the students’ fellowship of the Evangelical Church Winning All Ministry

And questions are being asked about the role of the minister in the religious killing.

Speaking in an interview with The Punch, the father of the deceased, Samuel Achi, confirmed allegations that the minister was the Chief Imam of the university’s mosque when the incident happened.

He also claimed the tracts shared by his late son did not contain any blasphemous content but the Pantami-led Muslim community at the university pronounced a ‘fatwa’ on his son.

The academic who said he had forgiven all those involved in the sadistic killing of his son, however, stressed that were Pantami, who was the then chief imam of the mosque a man of peace, the killing of his son would not have occurred.

The don told The PUNCH, “As a Christian, my belief is that even though they killed him by pronouncing fatwa against him, he was doing God’s work, so, I don’t think we have to worry about it. God has comforted us and we have been able to forgive everybody that did that terrible act.

“Of course, we have no control over it but the blood of my son would always hunt whoever has a hand in killing him.”

When asked specifically if he was aware that Pantami was the Chief Imam at the ATBU mosque at the time, the sexagenarian, who sounded slightly still heartbroken and not ready to reopen the memories, said, “Of course yes, it is all over the place, I don’t want to go back on that.”

“We are not surprised to hear news out of it. We have actually forgiven everybody involved in his killing,” he added.

There have been overwhelming calls for the resignation or sack of the Minister over his pro-Taliban comments and other extremists preachings.

In reaction to this, the Minister renounced his radical comments, saying he now knows better but despite this, Nigerians increasingly called for his sack or resignation.

This led to a trend with the hashtag, #PantamiResignNow on Social media. The opposition party, Peoples Democratic Party (PDP) also called on the Department of State Services (DSS) to immediately invite the Minister for questioning and urged President Muhammadu Buhari to immediately sack the minister, “given the sensitivity of the issue at stake.”

Meanwhile, a former Assistant Director with the Department of State Services, Dennis Amachree, has added clarity to the Pantami scandal by explaining that the secret police indeed screened the minister before his confirmation as minister in 2019.

Amachree spoke on Wednesday while featuring on PUNCH Online interview programme, The Roundtable.

The ex-DSS director also said the minister should resign as it was difficult to change someone of his kind.

Amachree said, “There is no information that escapes the DSS, we have all of it, all. When I was working there, we keep a catalogue of anybody of interest that comes up to limelight in this country.

“During the vetting process for anybody to be appointed a minister or commissioner or anything, your name is sent to the SSS for vetting. They check your background up to the extent of your grandmother. They check your schools up to the extent of your primary school. And of course, they keep a tab on you online and offline. We get a lot from open source intelligence and I can tell you that in Pantami’s case, we have it.

“But there is a political angle to it. When somebody is being appointed, if the security agencies see that there is something wrong with his name, they will send it to the appointing agency. The appointing agency will now decide amongst other variables either religious variable, federal character balancing variable, or political variable and say that, ‘Oh, yes, we know that this guy has this and that but let’s appoint him.”

Despite the overwhelming backlash against the minister, Director General, of the International Centre for Islamic Culture and Education (ICICEDr. Kabir Kabo Usman has joined voices defending the minister.

Appearing on Channels Television’s programme, Politics Today on Wednesday, Kabo said some of the controversial preachings were taken out of context and the minister had outgrown some of the positions he held in his earlier years.

“Some of these issues (Pantami’s preachings) were quoted out of context,” Kabo said.

He continued, ” we all believe that people grow. When we were born, there is no way you can born a child today and he starts walking tomorrow, people learn through the process”.

Related Topics:Isa Pantami
Up Next