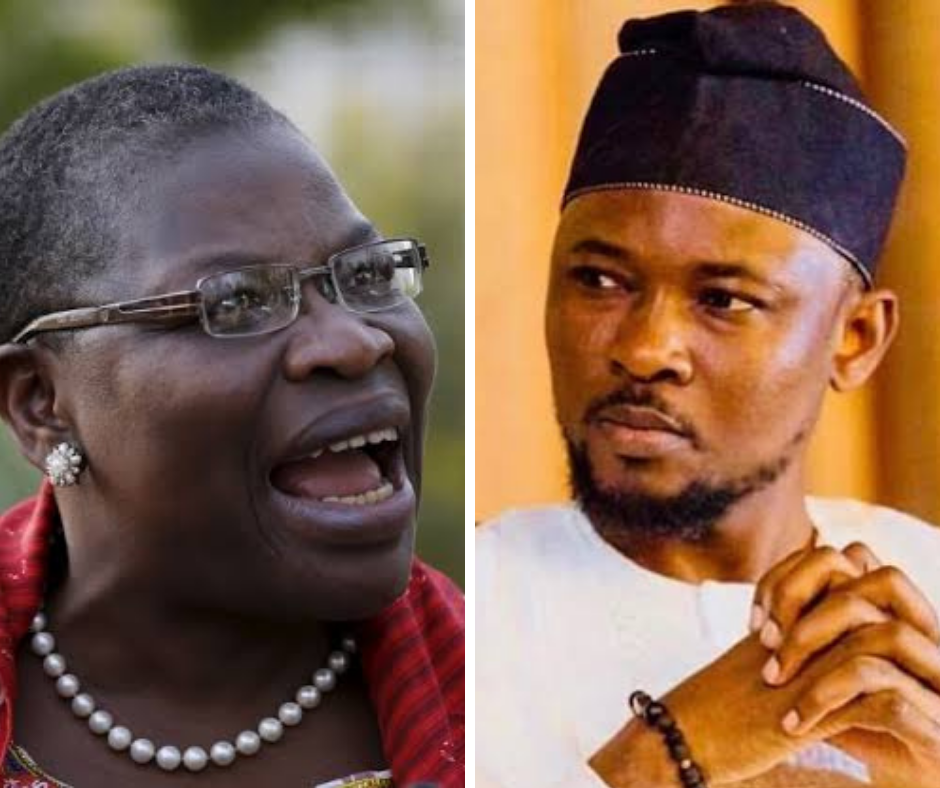 Popular social media influencer, Japheth has accused former Minister of Education, Obiageli Ezekwesili of betraying his trust by publicly denying she consented to her appointment as a director at his public relations company, Alpha Reach.

Taking to his social media account on Wednesday, Omojuwa shared screenshots of his legal representatives, Babalakin & Co reply to a letter from Ezekwesili.

The former minister had on Friday petitioned Omojuwa demanding an explanation for her unconsented inclusion as a board of director member in his company, Alpha Reach.

The petition trailed an investigation by BuzzFeed that revealed that Alpha Reach was the mastermind of a social media campaign to whitewash an international criminal – Alex Saab.

An earlier intelligence report from the Financial Times had also claimed that the Venezuelan government is using fake Twitter accounts to sway public opinion and stop authorities in the West African islands of Cape Verde from extraditing its chief dealmaker to the US.

The report has since put the spotlight on the agency and it alleged that Mrs Ezekwesili and Kaduna State Governor, Nasir El-Rufai were part of the board of directors of the company.

But in the letter shared by Omojuwa, he claimed that Ezekwesili served him the legal notice publicly so he has no choice than to share his reply publicly too.

“Pastor @obyezeks, you served me legal notice publicly, so I was left with no choice but to serve you publicly too. PS: I won’t react to the unwarranted provocation from you, your sons & allies. You betrayed my loyalty, service & respect to you, for reasons I don’t understand,” he wrote on Twitter.

According to the legal notice as seen by NewsWireNGR, “our client (Omojuwa) sought and obtained your client’s (Ezekwesili) consent before listing her as a director of the country”.

Omojuwa further claimed that the and Ezekwesili had a 10-year relationship that dates back to 2011.

He wrote, “Our client had just completed the mandatory National Youth service when he met your client who took him under her wings and even assisted in paying part of his rent in Abuja in 2012. The relationship began when our client visited your client’s house in Abuja in the company of Mallam Nasir El-Rufai, upon her request.

“Our client enjoyed a triangular relationship with your client and Mallam El-Rufai and your client were listed as Directors of Alpha Reach Company Limited when it was registered in 2012, with their full consent.”

He further claimed that there are correspondence on various platforms that demonstrated the extent of the relationship between both parties.

Explaining the failing relationship between both parties, Omojuwa’s legal representatives said, “The relationship between your client and our client deteriorated because our client is no longer the impressionable boy who had just completed his NYSC in 2011. He is a man who has earned his stripes and is no longer willing to fight proxy wars or be used to fight perceived enemies by a benefactor. He is tired of your client’s consent constant to control his public views and tweets”.