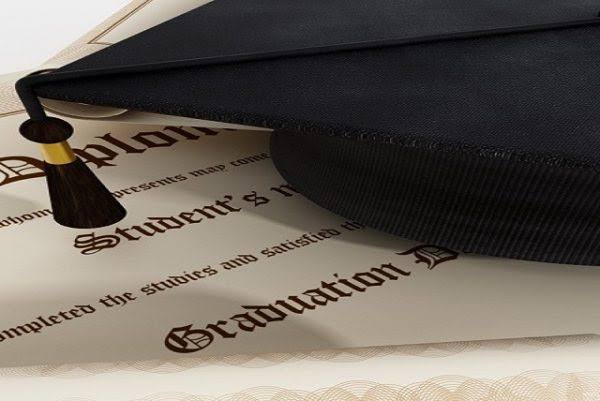 Spurred by his interest in the intersection between law and medicine, in 2013, Santi Femi, a 2010 law graduate of the University of Ibadan, applied for the Erasmus Mundus scholarship to pursue a Masters degree in Bioethics in Belgium.

Few months later, he was offered conditional admission for the fully-funded programme and was required to send a hard copy of his academic transcript within six weeks for the final screening. During the application, Femi uploaded a soft copy of his transcript but sending the hard copy was a hurdle because his alma mater was yet to issue his official transcript three years after graduating. So he began a race against time.

In the first week, he was tossed around between the institution’s Exams & Records department and his faculty. “They were not sure where I ought to submit the application,” Femi said as he recounted his ordeal to NewsWireNGR on a Monday afternoon in March.

Eventually, the faculty received his transcript application and was supposed to work on it, before forwarding it to the Exams & Records department. A week later, when he went for a follow up, he was told not to “disturb the faculty.” For another three days, he was told “the person who ought to print out the transcript was not on the seat.”

By the third week, while his application remained on a spot, the excuse had shifted. The faculty said “the computer system that held students’ records had crashed and that the computer engineer was coming to fix it.” Fixing the system took two weeks.

When the system was finally fixed, he had only a week left. In the 6th week, Femi went to the Faculty daily but was told that the “only officer authorized to work on transcripts had gone on leave.”

Determined not to lose the scholarship, Femi wrote the institute to seek for an extension after the six weeks window had lapsed. In reply, the board gave him an extension by a week because he “was one of the high flying applicants.”

By the time the one week deadline lapsed, Femi gave up on the process.

Over a decade after losing the scholarship, Femi is yet to proceed for his Master’s degree.

“It was demoralizing because I understood that it was a rare chance. I am someone who believes in timing. I saw it as a rare opportunity and not being able to clinch it was devastating,” Femi told NewsWireNGR.

Academic transcript: A proof of education

An academic transcript is a certified record of a student throughout a course of study. It is a globally recognized prerequisite for securing admission, sometimes employment.

Often regarded as a proof of education, a transcript, issued after the completion of an undergraduate or postgraduate studies, contains basic information about a student and the marks/grades obtained in all courses offered during the course of a study.

This information allows a school’s admission board or employer to decide and or verify whether an applicant truly meets the academic qualification for admission or employment.

Schools in a foreign country can ask for a student’s official transcript to be sent directly by the institution through a mail or a courier service.

However, over the years, thousands of people who graduated from Nigerian institutions have lost scholarship, admission, and employment opportunities due to the failure of their alma mater to issue their transcript as and when due.

Denied by the system

Unlike Femi who stayed away after losing a scholarship to study in Belgium, Ndukaku Enotu has lost and been disqualified at various stages of four different scholarship programs since he bagged a B.sc in Human Anatomy from Ebonyi State University in 2019 because of a failure to provide his academic transcript.

Either of the four scholarships would have given him a fully-funded ride to study for an MSc in Social Work in Health or Public Health at institutions like the University of Debrecen, Hungary and Edinburgh.

Of the four scholarships, he lost two, which were under the open scholarship program of the Russian government, due to the failure of his alma mater to send his transcript within the one month window he was given to do so.

“I was also offered a conditional offer for an open Scholarship with the Russian government for MSc in Public Health but was given less than a month to upload my transcript,” Ndukaku said.

“I wrote to the Registrar, the Head of department, Exams and Records for them to release even if it is just a letter but they won’t even release anything.”

The other two offers include fully funded MSc programs at the University of Debrecen and Edinburgh through the Stipendium Hungarica and Mastercard scholarships respectively. While he was initially offered a conditional offer for the former, his “under review” application in the latter could not proceed to the final stage due to his inability to upload his official transcript within the given timeframe.

“The Mastercard one, a friend told me that I can upload an explanation letter to explain the reason why I have not gotten any of my transcript citing the COVID-19 pandemic and industrial action but we both know that was not the problem because non-academic staff were working then,” Ndukaku told NewsWireNGR.

“I uploaded my letter attaching my results from year 1 to final year stating that I also graduated with Second class upper. They later replied to my application and told me to upload the missing document, but last week they now replied that I can’t move to the other stage because they have picked other people who have their documents complete.”

A development expert and Chevening Scholar, Akintunde Babatunde, says the major factor responsible for the slow and cumbersome process involved in getting transcripts from Nigerian institutions is a digital problem.

He questioned why in some institutions, like the University of Ibadan, students can make payment for transcript application online but will still have to knock on doors in the institution physically. “Why can’t all these things be done at a go?” he asked. “The bureaucratic process is too confusing. In UI, for instance, you will have to apply online, then you make payments, and take the receipt to them.”

Mr. Akintunde’s observations about the failure of Nigerian institutions to embrace digital approaches to problem-solving is perhaps a more deeply rooted problem. According to a 2018 report, only 8 percent of the top 117 universities in Nigeria respond to email enquiries.

Seun Adaramaja lost a single scholarship offer but the effect has continued to shape her career and view of Nigeria.

A 2008 graduate of Economics Education from the Ekiti State University, the first position Seun held when she started her career was as Headteacher before becoming an administrative officer at another school. These two positions informed her decision to pursue a career in the administration of educational institutions.

In January 2017, she was conditionally offered admission to study Education Administration in Japan through the MEXT scholarship. She was asked to send an official copy of her transcript through the country’s embassy in Nigeria before March 12.

For Seun, it was not just a rare offer, it was also a last chance because the scholarship is available to only individuals under 35 years, and by 2018, she would be above the limit.

Seun, who resides in Lagos, sent her sister to submit her transcript application after making all necessary payments. After submitting the application, her sister was informed that the transcript will be sent to the embassy directly.

When she went for a follow up three weeks after, she was informed the transcript had been sent. Surprised, Seun sent her sister back to the institution for a student copy of the transcript but she was informed that it had not been processed because she failed a course during her undergraduate days. “No, I had a carry-over once which was because a lecturer recorded the wrong test score for me and I fixed it by writing it the next time,” Seun argued.

In the weeks that followed, Seun’s sister continued to visit the institution daily until the missing result was found a few days before the deadline. But the transcript was not ready until Friday — the deadline.

Since a hardcopy of the transcript must be delivered to the embassy that day, it was too late and she lost the offer.

Seun, who has since moved on from the occurrence, blamed the nonchalant attitude of public servants. “I think everything is Nigerian attitude.”

“If it happened in Covenant (University), I will sue them. But when you sue the government, you will be fighting the government. It’s not going to be individuals.”  she said.

Femi, Ndukaku and Seun are not the only young Nigerians to have their dreams turn to dust by this dysfunction. NewsWireNGR did a social media search and discovered a plethora of Nigerians sharing woeful tales of their experiences while trying to get their academic transcripts.

While speaking to NewsWireNGR, Akintunde noted that to solve the problem sustainably, less paper work would be required to make the process really impressive.

“Less paper work for more digitization so that people can just do everything online and have it wherever they need it. I also think the most important thing Universities in Nigeria should consider will be to hire more hands. Improved IT Process, less paperwork,” he added.

Related Topics:EducationBreaking newsUniversity of Ibadan
Up Next

How Nigerian lawyer, Adaeze Ikpema was allegedly murdered by her husband