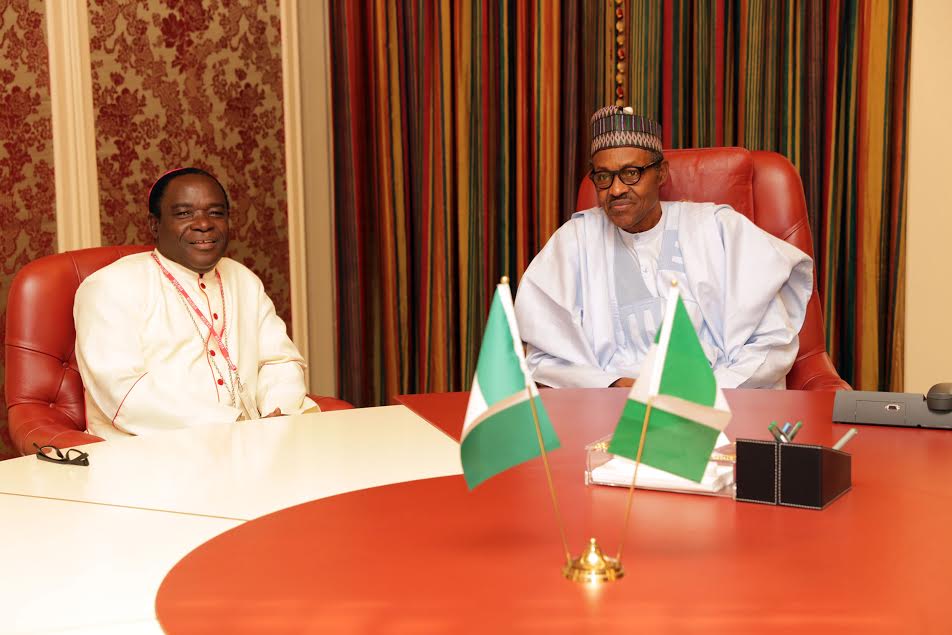 The presidency has accused Bishop Matthew Kukah of not speaking like a “Man of God” because he attempted to politicise the country’s security challenges and the hijab crisis in Kwara in his 2021 Easter homily.

A statement from the Senior Special Assistant on Media and Publicity, Malam Garba Shehu on Sunday alleged that the claims of Kukah, the Catholic Archbishop of Sokoto Diocese were untrue and bias.

The presidency said in the statement that Kukah was wrong in his assertion that ”the Boko Haram terrorism is worse than it was in 2015.”

“’But if you profess to being a man of God, as Father Matthew Hassan Kukah does, ideology should not stand in the way of facts and fairness.

“Father Kukah has said some things that are inexplicable in his Easter message.

“But, in saying that the Boko Haram terrorism is worse than it was in 2015, he did not speak like a man of God.

“Kukah should go to Borno or Adamawa to ask the citizens there the difference between 2014 and 2021, Shehu said.

The presidency also touched on Kukah’s criticism of President Muhammadu Buhari in the secondary school hijab crisis in Kwara State.

Shehu claimed that Kukah is playing partisan politics by mentioning the name of Buhari in an issue which the president has not part.

“They are matters that have appeared in several states as far back as the Obasanjo administration. In all of that, when and where did the name of President Buhari feature?

“He (Kukah) is playing partisan politics by dragging the President (Buhari) into it.

“An administration that has created a whole ministry, for the first time in the country’s history, appropriating enormous resources to it, to deal with issues of internally displaced persons cannot, in all rightfulness be accused of not caring for them.

“Some of the comments are no more than a sample of the unrestrained rhetoric Fr. Kukah trades in, which he often does in the guise of a homily,” Shehu said.

Related Topics:Father Kukah
Up Next

APGA condemns attack on Soludo; describes it as a ‘strange development’