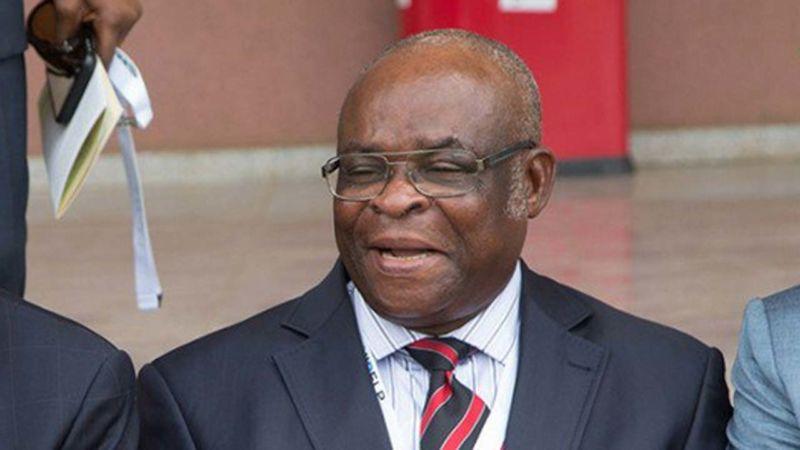 The immediate past Chief Justice of Nigeria (CJN), Justice Walter Onnoghen has accused President Muhammadu Buhari of removing him from office over what he describes as a “baseless rumour”.

Onnoghen who broke his silence on Friday since his forceful removal in 2019 spoke at a book launch ceremony of ‘Fundamental Rights (Enforcement Procedure) Rules, 2009, Practice, Procedure, Forms and Precedents’ by Chief Ogwu James Onoja, SAN,

He said the president’s decision to remove him from office was over claims that he held a meeting with ex-Vice President Atiku Abubakar in Dubai before the last general elections.

The former CJN added that he was left dissapointed over the presidency basing its decision on rumours despite the huge investigative capacities to confirm the allegations.

He said: “Prior to my suspension, I was confronted with no allegation.

“There were rumours that I met with Atiku in Dubai. But as I am talking here today, I have never met Atiku one on one in my life.

Onnoghen lamented that he was subjected to a quick, unfair trial and was not allowed to defend himself in accordance with the law.

“As if that was not enough, I was also accused of setting free, some high-profile criminals, whereas I ceased to be a High Court Judge as far back as 1978.

“In Supreme Court, I did not sit alone, we sit in panel. In all these rumours and outright accusations, I was not given the opportunity to defend myself.”

He further urged the judicial arm of government to be courageous and defend its independence because Nigeria is doomed without courageous judges.

“Let me make it clear that the office of the CJN was not for Onnoghen, but for all Nigerians who swore to guide and protect the Constitution of the Federal Republic.

“As I have said severally, Judicial officers must be courageous. And I want to beg all serving judicial officers not to be discouraged by what happened to me in the hand of the Executive arm of the government.

“Emerging brand of Nigerian judges should not go the direction of injustice, because, without courageous judges, Nigeria is doomed.

“Here, let me sound this note of warning that the appointment of judicial officers must never be allowed to be politicized, otherwise, democracy and democratic governance will be dead.”

Related Topics:Walter Onnoghen
Up Next

INVESTIGATION: Disturbing Tales of How Nigerian Authorities Are Shrinking Civic and Media Space