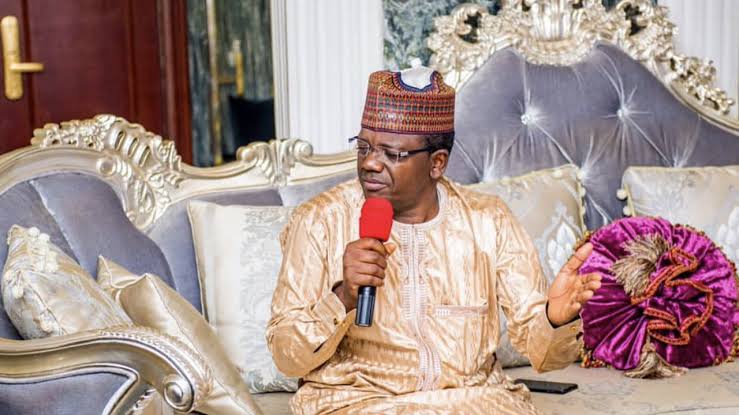 Abdulaziz Yari, former Governor of Zamfara has warned his successor, Bello Matawalle against politicising security challenges in the state.

He spoke while speaking with newsmen on Monday in Talata Mafara, headquarters of Talata Mafara Local Government Area of the state.

Yari told Matawalle to be careful with the security advice he has been given and he should cooperate with federal government towards addressing the problem.

“Insecurity is a global issue, each country has its own peculiar security challenge, all we need to do is to put hands together to ensure the safety of our people,” he said.

“We should avoid sentiments or politicising the matter affecting the lives of our people. We met with President Muhammadu Buhari at the National Security Council meeting in Abuja last week.

“All of us at the meeting, irrespective of political differences resolved to work together with the federal government to ensure lasting peace not only in Zamfara but Nigeria in general.

“Gov. Bello Matawalle should be careful while handling security matters in the state, he should think deeply on any advice given to him on how to tackle security challenges in the state.”

Yari also used the opportunity to dismiss claims that the All Progressives Congress (APC) members in the state were supporting terrorisms acts.

“When I was the governor, I never accuse the opposition party of sponsoring banditry,” he said.

“I wish to debunk such claims as they were made by mischief makers working against APC in the state.”

Related Topics:ZamfaraYariBello Matawalle
Up Next