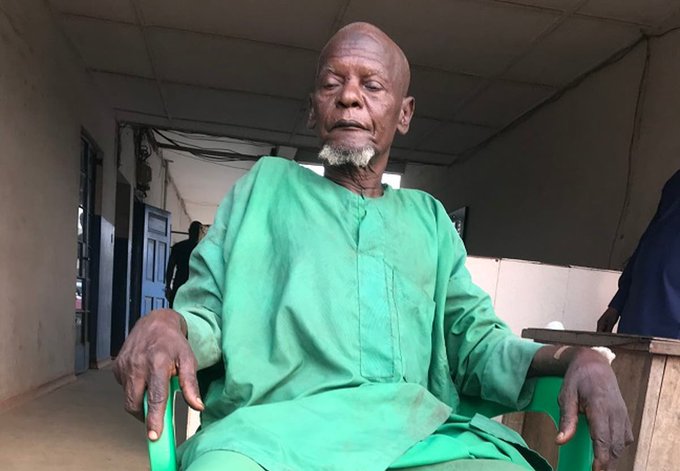 The media possesses near-celestial powers. It calls into existence what must be and what must not be. It can actuate change and mobilise consciences to a cause. It can destroy, it can build; it can hurt and it can heal. Yes, it can call into existence ‘’the things that do not exist’’, – the power of god.

I must say, the power of the media is also its burden. The ‘’omnipotence’’ of this public institution straps on it great responsibility. After all, ‘’with great power comes great responsibility’’. The media exists to serve public interest. And there should be no higher interest other than that which promotes peace, justice, unity and security.

It is my view that the Nigerian media is a patriotic institution, but I will be papering over a lie if I do not admit that there is a tinge of ethnic prejudice in some media reports. The osmotic ethnic and religious poisons somehow find their way into the newsroom. But this does not obviate the commitment of the media to the country’s unity. That Nigeria still stands as an entity is largely because of the media which rises to the occasion when need be, deploying its omnipotence to redeem the country from collapse.

But I think now is another occasion for the media to rise and pull our nose-diving country from a plunge to certain death. With great power comes great responsibility.

The insecurity assailing the country has afflicted the national psyche. Brothers are suspicious of brothers, and neighbours are wary of neighbours. Tempers are rising and emotions are running wild. Fingers are pointed at mutual directions. But we cannot discount the truth that this perilous ecosystem was created as a result of leadership failure.

Owing to the cumulus of fear and uncertainty, there is a tendency for the Baader-Meinhof phenomenon – when you believe something that is not actually the case. The mass hysteria and ethnic targeting underpin this phenomenon.

On Saturday, I watched the video clip of a sickly old man, Iskilu Wakili, who has been infamously described as a Fulani warlord. He is accused of leading attacks on communities in Ibarapa area of Oyo state. He is also alleged to be behind many murders and kidnappings in the state.

But the man I saw in the video could barely walk. He looks incredibly frail, and has been said to be partially blind. He was also reported to have been captured because he could not run. I have cogitated on the possibility of an ailing old man leading armed groups on onslaughts against citizens in Oyo, and could only stew in doubts.

Some media reports have described Wakili as ‘’Fulani warlord’’. But on what is this framing grounded? Has he been held culpable for leading armed attacks? Is there any evidence to prove he is a warlord? Has it been confirmed – in any way — he is behind the attacks in parts of Oyo? And how many ‘’wars’’ has he led?

Wakili has detailed his own side of the story. The Fulani leader said he is a victim of kidnapping, and denied leading attacks on Oyo communities.

His own words: “Sometime last year, two of my children were kidnapped and I paid millions of naira as ransom before they were released. I am not a kidnapper. Two days after my return from hospital (in Cotonou, Republic of Benin), I was lying down because I was ill and suddenly some women came and started shouting that armed OPC men had come looking for me.

“I asked them to flee but I could not run because I was sick. Two men later came and picked me from where I was lying down, they threw me in their vehicle naked. I fainted many times before they drove me to the police station in Igbo Ora. From there we were taken to SCID, Ibadan. I am not a criminal, my children are not criminals. I don’t know anything about kidnapping or any crime. I have many cows and I know they stray into farms at times but I don’t have criminal records anywhere and this can be investigated. After they took me away from my home, a woman, Tande, was killed.”

The court will decide.

But why are some of us in the media swift in tagging him as ‘’Fulani warlord’’. If there is any evidence to substantiate this label, I will apologise for being presumptuous.

Really, I wonder why the same lexical sculpturing was not applied in the case of Sunday Igboho who was famously described as an ‘’activist and youth leader’’ in the media – even after he broke the law by asking the Fulani to leave Ibarapa?

Again, the media holds a principal place in Nigeria. In fact, the survival of this country rests on us as much as it rests on the leadership. If the media by any design lends itself to accenting ethnic prejudices, then we should just say Nunc Dimittis.

May we not write Nigeria into oblivion.

Why Government must realize that digital currency is the future