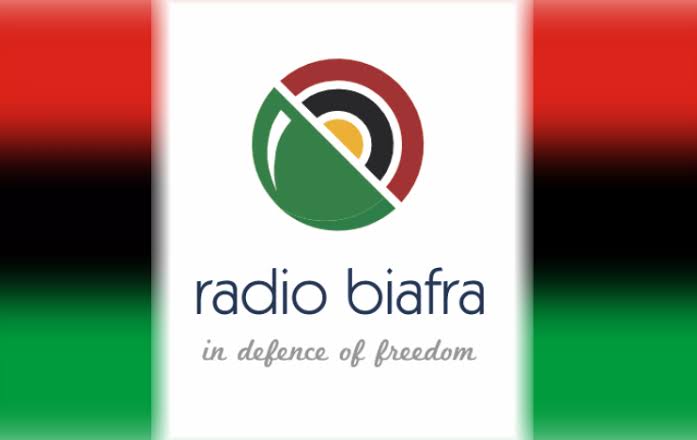 The National Broadcasting Commission (NBC) has requested the Department of State Services (DSS) and the Nigeria police force to arrest the operators of Radio Biafra, describing it as an “illegal” station.

The commission also says it has jammed the signals of the station.

In a statement issued on Monday, the commission said it

Radio Biafra, established by the Movement for the Actualisation of the Sovereign State of Biafra (MASSOB), is based in the United Kingdom and run by Nnamdi Kanu, leader of the Indigenous People of Biafra (IPOB).

According to the NBC, the radio station “is notorious for spewing fake, inflammatory, and inciting content”.

“The National Broadcasting Commission Act, CAP N11, Laws of the Federation of Nigeria, 2004 spells out in chapter 2, subsection 2, that: No person shall operate or use any apparatus or premises for the transmission of sound or vision by cable, television, radio, satellite or any other medium of broadcast, from anywhere in Nigeria, except under and in accordance with the provisions of this Act,” the statement reads.

“Also, Section 15.4.1 of the Nigeria Broadcasting Code provides that: The Police shall prosecute any person engaged in any form of broadcasting or in possession of any broadcast equipment or apparatus in the country without a Licence or Permit for the purpose.

“Consequently, the Commission uses this opportunity to warn the general public that anybody who attempts to operate broadcasting in Nigeria without legal authorisation of the National Broadcasting Commission, will be prosecuted and the equipment confiscated, according to Law.”

Related Topics:NBCRadio Biafra
Up Next