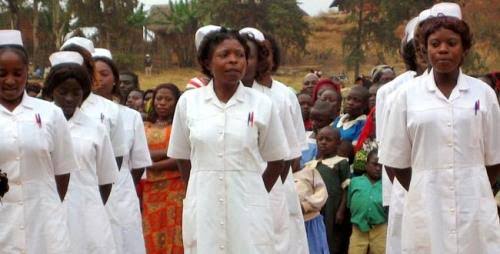 Nurses in Ondo State, under the auspices of the National Association of Nigeria Nurses and Midwives, (NANNM) have been directed to embark on a three-day warning strike.

The directive is contained in a letter dated February 26 and signed by NANNM Secretary in Ondo State, Comrade Aina Emmanuel Oluwasegun.

“Sequel to the meeting the State Executive Council of National Association of Nigeria Nurses and Midwives, NANNM held on 16th February 2021 which resolved that State Government should:

“Following the expiration of the seven (7) working days ultimatum without a response from the government you are directed to proceed on three (3) day warning strike from 12midnight on Monday 1st to Wednesday 3rd March 2021 at first instance.”

This decision is coming as a result of the payment of fifty per cent of their salaries by the state government.

The state government had in January 2021 paid half of November 2020 salaries to its workers; which sparked off a protest by the nurses, rejecting the offer.

Those embarking on the strike include nurses working in all hospitals and health centres both at the state and local government levels across the state.

The industrial action is to commence by midnight on March 1 through March 3 respectively.

In Kaduna, bandits have killed no fewer than 18 people in two local government areas