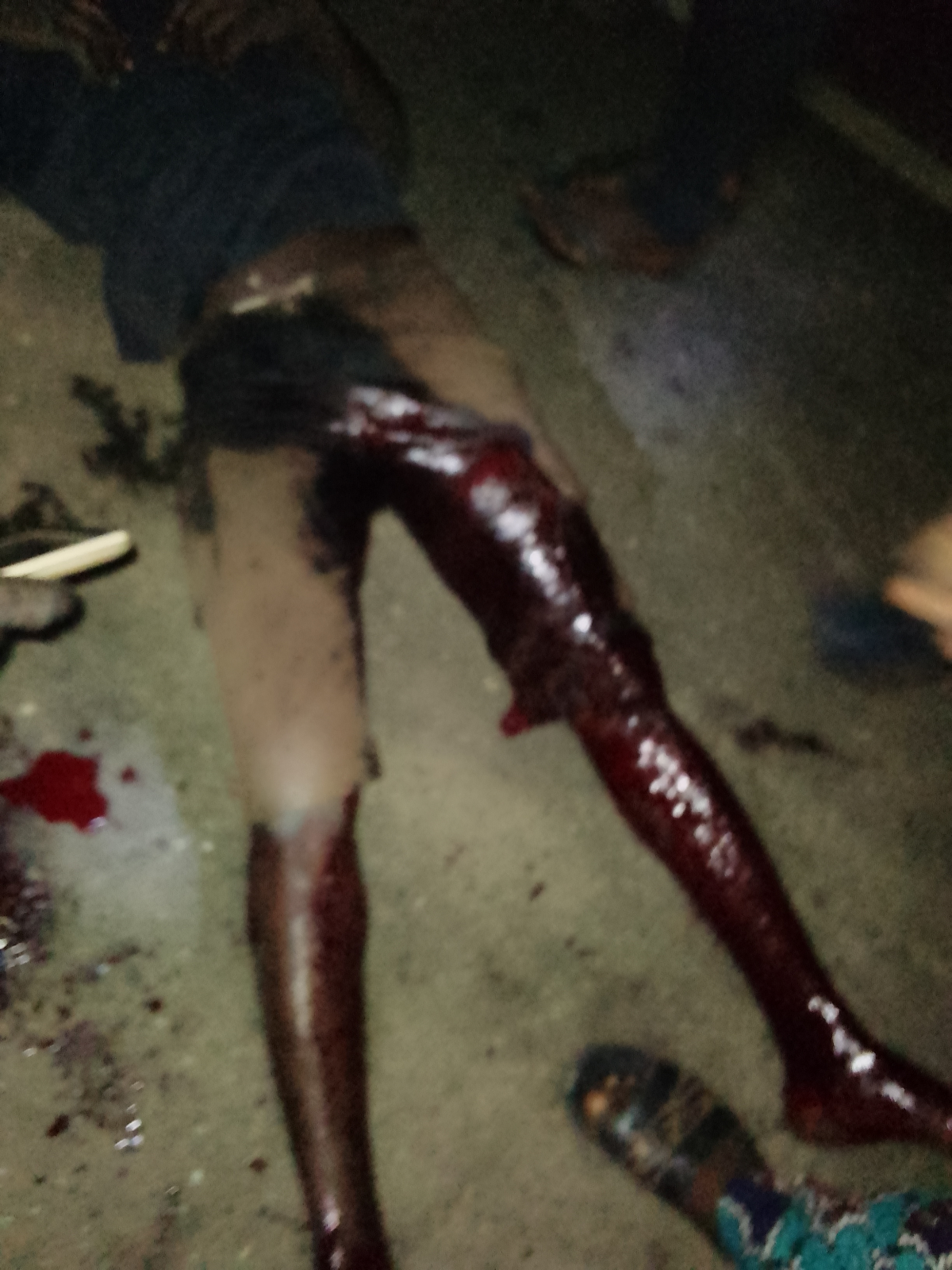 Protesting Truck and trailer drivers in Akilo road, Ikeja Lagos State have Saturday, blocked the roads after a police officer shot a 30-year-old man dead during a raid.

The protesting drivers of the Wahum company and Cocoa Industrial company told NewsWireNGR that operatives of the Lagos State Task Force, police officers, Operation MESA, thugs and their “attack dogs” stormed where they were parked at around 1 am on Saturday to carry out the operation.

They said the security operatives beat them, towed over 20 vehicles and started shooting stray bullets at them. It was one of the stray bullets that hit the 30-year-old Dada Bashir in his lap.

He died at the Lagos State University Teaching Hospital Ikeja before the bullet could be removed.

‘Kill Them All’ raid Speaking with NewsWireNGR, the agitated drivers said this was not the first time the police attacked them at the park with stray bullets and seized their vehicles.

They said the officers had on Monday, February 8 attacked them and shot stray bullets but no one died in the attack.

And with every attack, the police officers steal their money, steal their phones and remove some expensive things from the vehicles they seize during raids. Each truck and trailer after being seized is bailed with about N350,000.

Michael Tunde, the senior to the deceased driver was in tears since the boy was confirmed dead said he had just brought the deceased from Ibadan to Lagos to come hustle. And now, he does not know how to break the news to the deceased family.

Narrating the attack, an agitated driver, Olalekan Mobolaji said he was in his bus when the security operatives attacked.

“I had just finished listening to music and rested my head when I heard a slap at my face. Then the police officers started beating me, hit my lap with a big stick and seized my truck,” he said.

AbdulAzeez Olamilekan, a worker who follows truck drivers said the police officers and task force officers have at different times collected his phone and money during the raids at where they are parked.

He said the stray bullets shot on Saturday were intense and after the boy was hit by some bullets, the leader of the police squad shouted – Kill them all.

A senior driver of the park who was liaising with the police officers at the scene lamented the police incessant harassment said they blocked the roads because it was time they put an end to the attack on their lives.

He lamented that the police who came to meet them were not here for justice but just wanted them to remove their parked trailer from the road. But he told the police officers to follow them to the hospital and retrieve the dead body before they remove the parked trailer.

The Police officers at the ground declined NewsWireNGR correspondent request to comment on the matter.

Meanwhile, more protesters arrested at the Lekki Toll Gate have been taken away from the scene in a Lekki Concession Company Black Maria, as armed policemen continue to crack down on peaceful protesters at the toll plaza.

The #OccupyLekkitollgate protest and a counter-protest, #DefendLagos, were scheduled to hold at the same time Lekki toll gate by 7 a.m. on Saturday.

The protest and counter-protest are fallouts of the ruling to reopen the Lekki tollgate by the Judicial Panel of Inquiry despite an ongoing investigation into the shooting of peaceful protesters by Nigerian soldiers on October 20, 2020 and other alleged human rights abuses by the police.

Related Topics:KillingsNigerian Police
Up Next