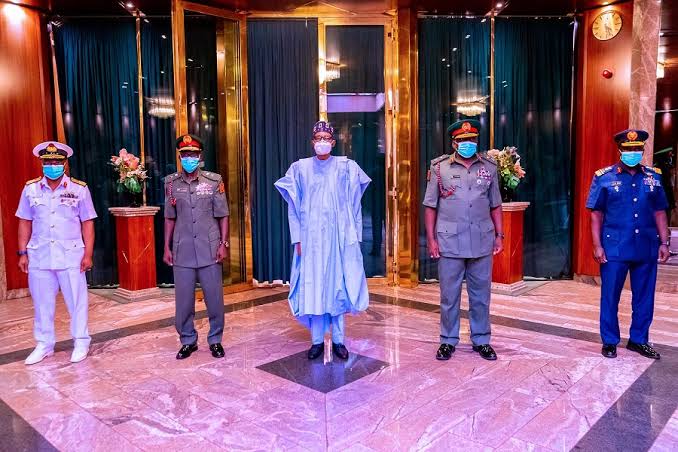 The Federal Government says it plans to hold town halls on the security of the nation with the state governors, traditional and religious leaders, members of the legislature, as well as non-governmental, youth and women organisations.

This was disclosed in a statement from the Office of the National Security Adviser, Major General Babagana Monguno, on Saturday in Abuja.

The statement explained that Monguno would lead a delegation of heads of federal law enforcement, security and intelligence agencies to the geo-political zones of the country.

It added that the meetings would provide a direct assessment of the security situation, generate local feedback and recommendations, encourage geo-political synchronisation of effort among states, and create a pathway to lasting peace and security.

“The first of the town halls is scheduled to hold in Kaduna State on Monday, 15 February 2021 with all seven governors of the north-western states.

“The Federal Government is deeply concerned about the current spate of criminal activities and is taking major steps to strengthen the capacity of security agencies while upgrading the security architecture, and implementing a multi-pronged strategy that involves political, humanitarian, economic and security measures,” part of the statement read.

The government stated that it was committed to working with the states and community leaders to strengthen peace, security, and development in all parts of the country.

According to the statement, the NSA believes addressing the security threats calls for the deployment of all national assets, including the cooperation of all Nigerians.

It noted that Monguno convened a meeting of the General Security Appraisal Committee (GSAC) which was attended by the nation’s Service Chiefs and heads of law enforcement, security, and intelligence agencies on Thursday.

The meeting, which discussed the threats of kidnapping, terrorism, banditry, armed robbery and their resultant consequences on lives and property, was in furtherance of the government commitment to address multiple security threats facing Nigeria.

As part of renewed commitment to making Nigeria safe and secure, the meeting resolved to strengthen interagency coordination, stakeholders’ engagement, and consultation in order to find a lasting solution to the multiple security threats.

“Working with the Service Chiefs and heads of security and intelligence agencies, the National Security Adviser is coordinating a Whole-of-Government and Whole-of Society approach that cuts across the Legislature, Judiciary, Ministries and Departments, States and Local Governments, and the Civil Society to ensure that every stakeholder plays a role in securing our towns and villages,” the statement added.