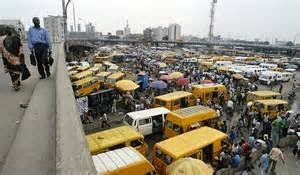 Residents of Obalende area of Lagos State were thrown into unrest following a reported clash between rival groups of Nigeria Union of Road Transport Workers (NURTW) on Thursday morning.

Sources say the clash which involved gunshots started at 8am and lasted till past 9am when security operatives intervened and brought the situation under control.

Though there has been no reported casualty from the clash, some have injuries while scores of properties have reportedly been destroyed.

Commuters at the time of the clash were stranded and had to scamper to their safety while passersby were advised to take other routes. Workers and residents of the community also fear the clash may escalate.

Taking to social media, eyewitnesses warmed of the unrest in the area.

#EndSARS protesters caused mayhem yet Buhari was lenient with them – Malami