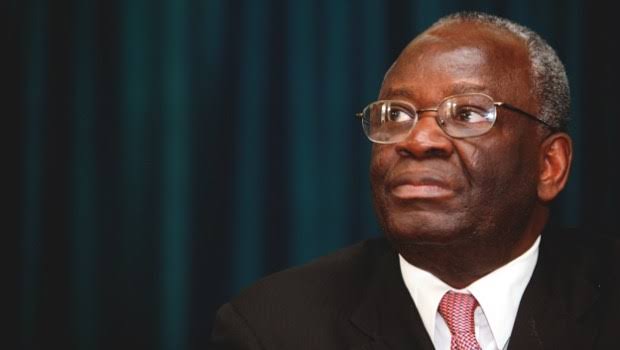 It emerged on January 26 that a higher-up in the Buhari regime has instructed Nigeria’s major telecommunications companies—MTN, Glo, Airtel, 9mobile, etc.—  to block access to the website of the Peoples Gazette, an up-and-coming, uncompromisingly hard-hitting, evidence-based, digital-native investigative news reporting outfit headquartered in Abuja.

The news site is reminiscent of the advocatorial, muckraking editorial temperaments of the New York-based Sahara Reporters in its earliest incarnation. Peoples Gazette has published PDFs of the illicit financial transactions of Nigeria’s morally decadent political elites and has broken several exclusive, consequential stories that have shaped national discourse. And the paper started publishing only on September 25, 2020, that is, just a little over four months ago.

Perhaps the paper’s stickiest story, from the perspectives of Aso Rock toadies, was its October 31, 2020 revelation that Professor Ibrahim Gambari, Buhari’s Chief of Staff, is too old for— and is uninterested in— the tiresome clerical drudgery and exertions his job requires and has farmed it out to his son, Bolaji Gambari, who has parlayed his unconstitutional positional surrogacy into an illegitimate political sinecure to lead a new cabal that determines who gets and who is denied government contracts.

“He has no official role and has not taken an official oath to be privy to the highly classified documents we have seen with him recently,” Peoples Gazette quoted an Aso Rock source to have said of Bolaji Gambari. Neither the older and the younger Gambari nor Buhari’s spokesmen took advantage of the opportunity the paper offered them to deny the authenticity of the story or to state their side.

As the story circulated online and became the subject of frantic social media chatter, Peoples Gazette said officials from the office of the Chief of Staff to the President pleaded with them to take it down from their website. When they rebuffed the request for post-publication censorship, they were enticed with “financial offers,” which they also repulsed. Then they were subjected to “severe security pressure,” the paper said.

This month, about three months after the story came out, Gambari’s Oxford-educated adviser on electric power initiatives by the name of Lai Yahaya was fired on suspicion that it was he who leaked details of Gambari’s incompetence and nepotism to the Peoples Gazette, but the paper insisted that Yahaya was not the source of its scoop on Gambari’s shenanigans in the Presidential Villa.

The paper’s sources said the directive to block its website from being viewed in Nigeria emanated from the office of the Chief of Staff to the President, and that it’s a retaliatory strike against it for bucking pressure to take down the unflattering story it wrote on Gambari and his son. I suspect it’s also because of its unceasingly critical stories on the grievous graft and grift in the Buhari regime.

Already, international media rights groups such as Reporters Without Borders, Committee to Protect Journalists, Paradigm Initiative, and Gatefield have condemned this targeted media strangulation of an intrepid news outlet. In the coming days, I expect more local and international pressure groups to join calls for the rescission of the blockage of Peoples Gazette’s website.

The online newspaper is gaining traction in Nigeria because it fills a void that has been created by the near absence of evidence-based investigative journalism. In a period of unaccustomed quietude and media capitulation in the face of grinding tyranny and moral putrefactions in the highest reaches of the current power structure, the Peoples Gazette has chosen to be a watchdog that not only sniffs and barks at corruption in high places but that also bites the ankles of its perpetrators.

It’s not surprising that government-appointed regulators of the telecommunications industry would pressure telephone companies to throttle or outright block traffic to a news website like that. More than that, Peoples Gazette’s current experience gives a presage for how critical media outlets in the country will be censored henceforth since most news is now read on the internet rather than on hard copies.

If the government gets away with its blockage of this news site, there’s no telling which news website will be the next victim. That is why every journalist and every advocate of press freedom should resist it with every splash of vim and every ounce of vigour that they have.

Where governments used to seize and burn copies of newspapers that published critical stories, they now tell telecommunication companies to block the URLs of news websites. This insidious media censorship appears to have been going on surreptitiously on a small, barely perceptible scale longer than most people realise. For instance, several readers from Nigeria tell me they have a hard time accessing my blog from their phones.

I used to wonder why that was so. I was unpersuaded by people who suggested that my website was being blocked by the government through telephone companies. I thought it made no sense to do that because many websites republish my column and the contents of my blog.

Sometime last year, representatives of Glo and MTN denied on Twitter that my website’s URL was being blocked when people called them out. Their denials, apparently, aren’t worth much because they also denied blocking Peoples Gazette’s website even though it isn’t accessible in Nigeria.

Because of continuing complaints from my readers that they couldn’t access my blog from their phone’s internet connection, I decided to be sharing my entire column on Facebook. But readers still tell me my website is inaccessible to them when they want to read my archives. Now I know why.

It’s disgraceful that a former top diplomat and international civil servant who spent a lifetime preaching the virtues of human rights and freedom (never mind that he served Abacha and cheered the judicial mass murders of Ogoni environmental activists) would countenance—or perhaps instruct—privately owned telecommunication companies in the country to block the URL of a news site that published an accurate but unflattering report on him.

Related Topics:Farooq A. Kperogi
Up Next

Chinedu Ekeke: That “nama” may eat grass and drink water

Nigerian Women and the distant reality of Gender Equality