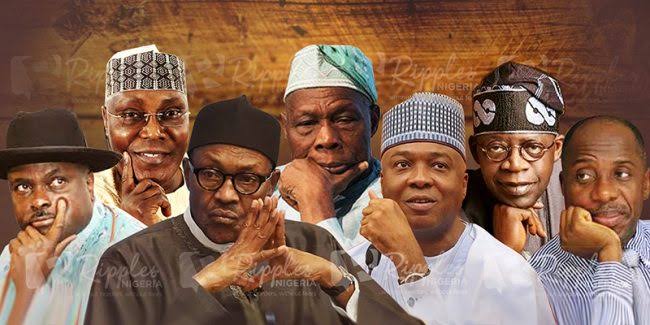 An interesting but understated part of America’s recent political crises is that it is largely built on both sides believing that the other has achieved state capture and must be treated like almost like foreign hostiles. For months prior to the November 2020 elections, former president Donald Trump used his bully pulpit to try to delegitimise mail-in voting. After the elections, many around him also joined in to question the integrity of the elections, claiming they were rigged. They then incited people to ‘Stop The Steal’ and ‘fight like hell’ to ‘take their country back’.

These attempts to conjure up images of electoral institutions being ‘captured’ by liberals – dozens of court cases and multiple recounts later – led directly to the storming of the US Capitol and the unfortunate fatalities.

In response to these events, social media companies took down Donald Trump’s accounts. This has only strengthened the belief in circles to the right of the socio-political spectrum that liberals have captured key institutions.

The intense protests that followed George Floyd’s death in May 2020, can also be viewed as a response to state capture. The long – and lengthening – list of African Americans who have been victims of police brutality (itself just one arm of the institutional racism octopus), is a reality with significant historical and economic evidence to support it.

For the liberal left, voting restrictions, mass incarceration, police brutality, redlining, subprime lending, lack of diversity and many others are all taken as evidence of state capture by conservatives. The BLM protests were largely peaceful, with isolated incidents of violence. However, it could be argued that Democratic politicians did not do enough to denounce such violence where it occurred.

The election season is over now thankfully, and the winner has been sworn in, much to the relief of a world bewildered by four years of Trumpian behaviour. However, it will be entertaining at least to see how the groups that were rewarded for being violent will act going forward because people tend to keep doing what they were rewarded for.

This brings us nicely to a certain West African giant.

What is happening in America has been happening in Nigeria for more than half a century, and Nigeria is a solid example of what you get when political actors militarise political interaction and activity to the point where they pointlessly see each other as mortal threats and go off the deep end with a focus on destroying each other rather than just doing the best they can do for their constituents.

Nigeria suffers from a situation where political parties and their associates are malicious and unduly aggressive with power even to the point where they forget that the elimination of the other party should not be a political goal. Things get pretty bad for a country when politicians get this unhinged.

There’s a George Washington statement related to this that all involved should be mindful of;

“The alternate domination of one faction over another, sharpened by the spirit of revenge, natural to party dissension, which in different ages and countries has perpetrated the most horrid enormities, is itself a frightful despotism. But this leads at length to a more formal and permanent despotism.”

History in Nigeria and other places shows us that a militarised political process usually gives rise to a militarised governance approach, and that eventually leaves a society increasingly inclined to violence as a means of answering resource allocation questions.

It is true that politics is primarily about being in the position to influence the state’s answers to resource allocation questions. In Nigeria, we already have state capture of sorts but while the power of the state is used to give some people and businesses concretely solid monopolies, our state capture is by a hybrid of ethnopolitical and military players, not economic players. These people then use state agencies as personal businesses that don’t even have to deal with the market system and turn a profit while creating millionaires and billionaires. The fight for access to these agencies and the wealth they channel and expropriate (not generate) is responsible for the viciousness that characterises Nigeria’s political process.

State capture is actually a default inclination in the early stages of a society’s political evolution as people instinctively seek to protect their lives and their access to wealth and power by surrounding themselves with kinsmen. In mono-ethnic societies, it is the extended family of the rulers that serve as the vessel for state capture, and in post-colonial societies that are multi-ethnic, state capture has an ethnic, religious, or regional bent even if the territory is large enough.

What happens from the point where the state is captured is partly dependent on the culture of the ruling group. If they are traditionally progressive, productive, open-minded, industrious, and given to self-improvement via education, the state capture is relatively bearable, short-lived, and much more likely to be dismantled democratically and peacefully as there will be socioeconomic growth that gets to the parts of society outside of the ruling group. This is largely what happened in the West.

We must demilitarise our conversation and political culture. A militarised political process makes politicians surround themselves with experts in violence because that would be the immediate requirement for survival and success. Access to militias becomes more important than access to think-tanks.

A demilitarised process would make it easier for our politicians to surround themselves with experts who could help them do better for the people. Politicians from all sides must get together and agree that the “Might Is Right” principle has failed us. If you can’t convince the people to vote for you today, then take the loss and try at the next election.

For this to be easier to achieve, we must make Nigerian politics less lucrative. It is one thing to talk about morality and principle but a situation where even LGA politics can get people hundreds of millions of naira in a country where lawyers can earn ?500,000 (just over $1,000) a year is problematic.

State capture as it exists in Nigeria today has failed woefully and the state of terrorism, insecurity, poverty, and economic failure shows that. The people who effected this capture are captured themselves in a way because they can’t even freely go to their villages any more for fear of being kidnapped.

These situations were predictable but the outcome we got is what happens when you apply the short-term mindset of a petty trader to statecraft.

So what can we do?

It all begins with improving the political system. Sadly, our political class as is cannot be educated to be much better than it already is. So what is needed is a huge injection of middle-class membership committed to grassroots organisation and a different political method and goal, not one or two decent candidatures that get swallowed up by the system but literally millions of middle-class people joining the political system as party members and voters.

No high-sounding unrealistic nonsense. Just a set of simple and practical goals that the next generation can build on knowing that at least those directly before them finally started the process of actual nation-building.

Yes, it is a lot of work but it is achievable.

Nwanze is a partner at SBM Intelligence

Related Topics:Cheta Nwanze
Up Next