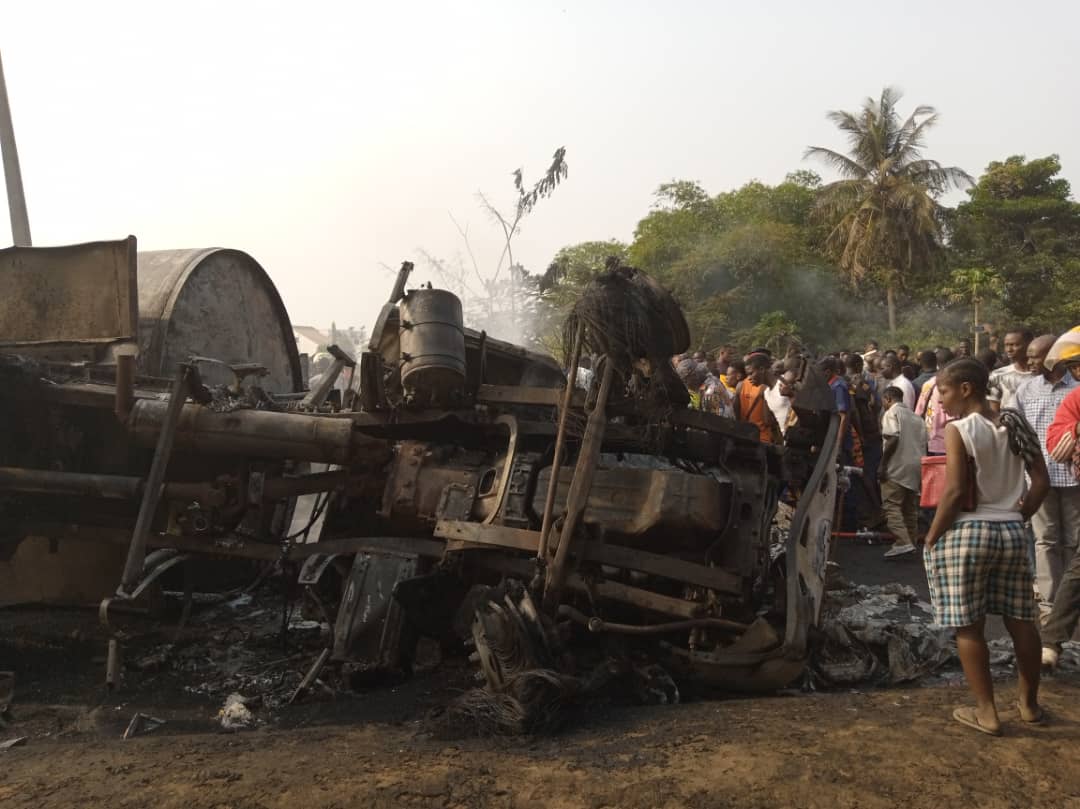 The tanker which was carrying 33,000 litres of fuel was said to have lost control while descending from the Sagamu-Siun-Oke-Mosan Road and hit a motorcycle that was in motion and some commercial buses waiting for passengers.

The explosion happened shortly after the hit.

NewsWireNGR gathered that driver of the tanker, which was coming from Sagamu-Siun – Oke-Mosan road, climbed the overhead bridge, lost control of the wheels while descending from the bridge.

Eyewitness said the tanker hit a motorcycle, which was on a motion, and rammed into some commercial vehicles waiting for passengers at the end of the bridge.

The tanker immediately went up in flames while other vehicles around caught the fire.