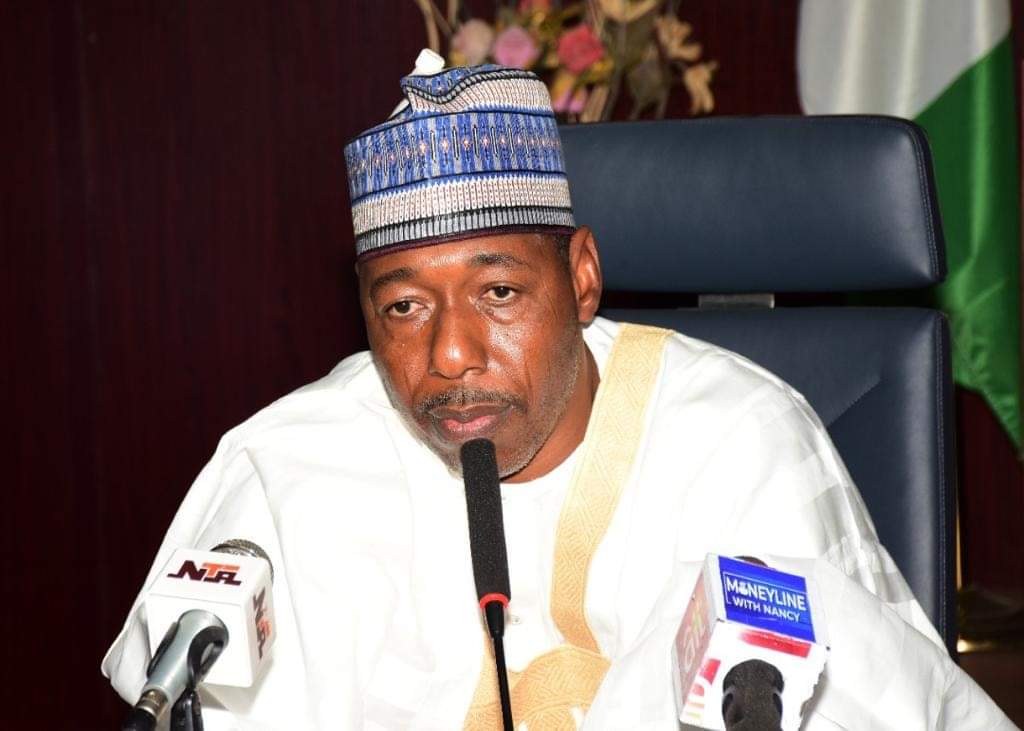 Borno State Governor, Babagana Zulum has requested that Borno state be given special consideration on the allocation of employment slots.

He made the request at headquarters of the Federal Character Commission in Abuja on Monday.

Zulum, who was received by the Executive Chairman and secretary of the commission, Dr Muheeba F. Dankaka and Mohammed Bello Tukur respectively.

The governor explained that with adverse effects of the Boko Haram insurgency, hundreds of thousands of citizens in Borno state, have lost their means of livelihood while many qualified youths are jobless despite ongoing efforts by the state government in creating job opportunities through diverse means.

Zulum said given Borno’s peculiar setbacks, it was necessary for eligible citizens of the state to be accorded special consideration on employment into the Federal civil service.

The federal character commission’s chairman, Dr Muheeba F. Dankaka promised to look into Governor’s Zulum’s request, corroborating that the situation in Borno is well know to everyone. She said Borno will get fair share of slots.

Related Topics:Borno Governor
Up Next