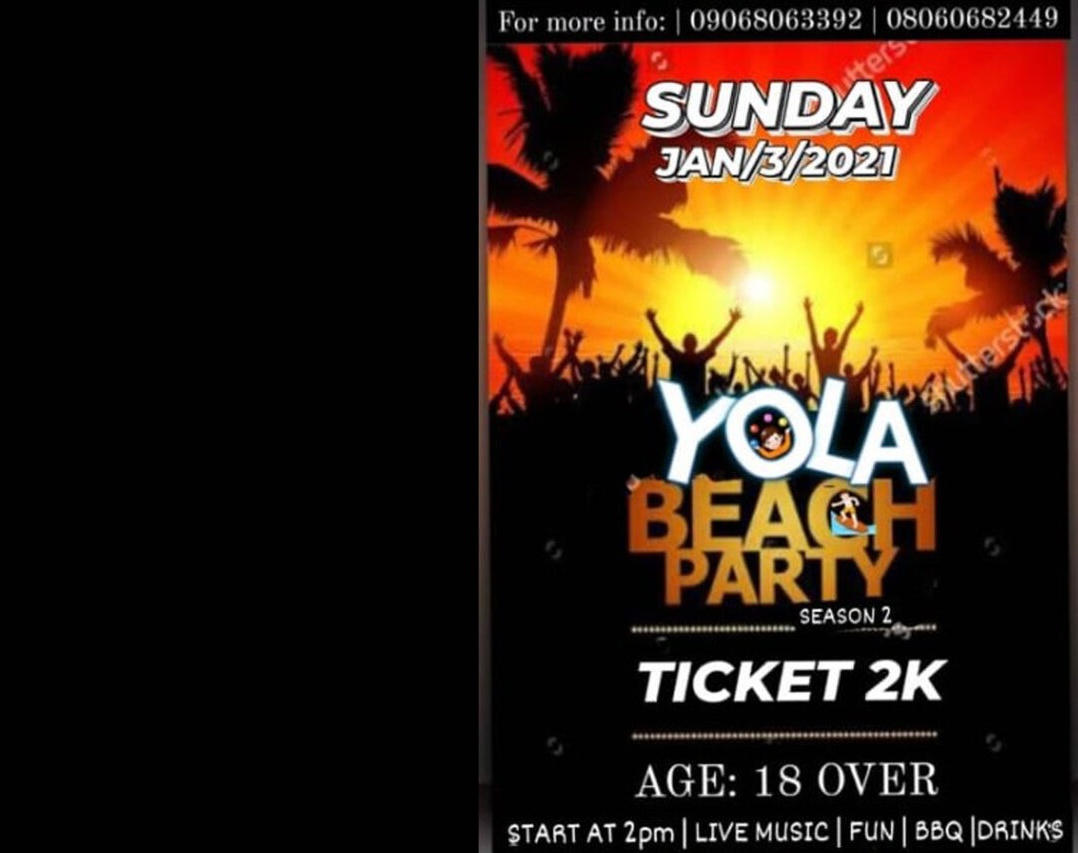 Police in Adamawa State have stopped the organisers of a beach party in the state from going ahead with the show over concerns of immorality raised by members of the public.

This is coming days after Kaduna State Government demolished Asher Hotel in Barnawa Kaduna South Local Government Area, purported to be the venue for a sex party, scheduled for December 27.

Suleiman Yahaya Nguroje, Adamawa State Police spokesperson on Sunday announced the ban of the party which many expressed fears might promote nudity.

“We restricted this event to protect the social dignity, culture, values and morals of the state, any person caught promoting the party or engaged in anyways will be charged to the law, he warned,” Nguroje said.

He added that “personnel have been deployed to conduct a ground survey on the organisers, sponsors and venue where the immoral party scheduled to hold”.

Before the police clampdown on the event, there was an advertisement for the ‘Yola Beach Party’  scheduled to take place on January 3 by 2 pm. Participants were expected to pay N2000 as gate fee while it is marked 18+ with live music, fun, BBQ and others.

The police spokesperson said parents should warn their children to desist from engaging themselves in that act in order to avoid prosecution.

Sources in the state said religious groups have condemned planned the party, demanding government that should swift into action to stop the event.

Related Topics:Yola beach party
Up Next