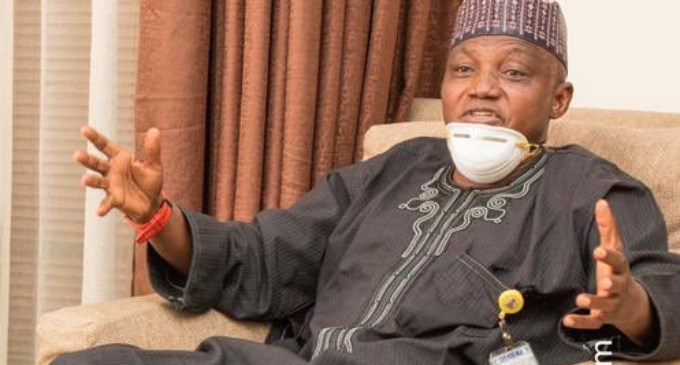 The Senior Special Assistant, Media and Publicity to the President, Garba Shehu has launched a scathing attack on the leading opposition Peoples Democratic Party, PDP on Sunday.

The spokesperson to the president said through a statement released on Sunday that the Buhari has faced a lot of abuses from different quarters but it is necessary that the presidency responds to the PDP.

Shehu said the PDP had got their chance in a 16 years stretch of governance but they failed the country and Nigerians will not fall for their criticism and university of lies against this present administration of President Muhammadu Buhari.

He also said that the lasting legacy of the PDP will be characterised by the embezzlement of the $16 billion meant for the country’s electricity unlike that of the present administration that has succeeded in abolishing grand corruption at the top and projected a corrupt-free image of itself.

Still attacking the PDP, Shehu lamented that the present administration has had to work harder because of the failures of the PDP. He claimed that the “malaise of the PDP administration is manifested in the collapse of local food production, replaced by a daily average spending of USD 5 million in rice importation”.

These days, so many people are saying so many things, indulging mostly in the abuses of others and as official spokespersons we make the deliberate choice of staying out for the most part.

But it is hard to ignore the shameful and disgraceful claims made by the opposition Peoples Democratic Party, PDP which is making the false claims that Nigerians are dissatisfied with the present and wished for the return to the years of locusts.

At the rate they are going, it is not for fetched to agree with another politician in describing the PDP as a “university of falsehood”, in which the bigger the lies their functionaries can tell, the higher in rank they are promoted to.

It is too soon for their evil records to be washed away or forgotten. They held onto the throne of power for sixteen years fighting for their own happiness, not that of the majority of Nigeria. They turned the country into a nation of scams promoting corruption to an industrial scale, exploiting the country’s oil, mineral and land resources for selfish reasons.

PDP’s lasting legacy will be the catastrophe that was the power expansion program in which USD 16 billion was taken from the treasury without a megawatt of electricity added to the grid system.

The Buhari-led administration is on the other hand fighting for the happiness of the majority of Nigerians, rebuilding a battered economy, putting in place long-delayed infrastructure and managing a novel coronavirus pandemic in a very competent and impressive manner as to earn the commendation of the World Health Organization, WHO.

In those their 16 years, a period in which a barrel of oil sold for as high as USD 140 Dollars, they blew a golden opportunity to grow the economy to soaring heights. They could have used the enormous earrings to increase power generation, modernise the rail and fix roads and bridges as the present administration is currently struggling, with lesser incomes to do. About 800 road projects are currently ongoing in the six geopolitical zones of the country.

The malaise of the PDP administration is manifested in the collapse of local food production, replaced by a daily average spending of USD 5 million in rice importation. Today, not a kobo from the central Bank of Nigeria is used to fund the importation of food. In effect, we eat what we grow. PDP broke the economy by killing industrialization. In those 16 years, textile industry, the largest employer was killed. Thirty eight major textile companies closed down business in Nigeria between 1999 and 2009. They killed the nation’s manufacturing competitiveness. The nation’s budding industry virtually fled to neighbouring countries – Ghana, Cote D’Ivore and far away Kenya were all transforming into manufacturing hubs at our expense. In 2006, two of Nigeria’s leading tyre manufacturers, Michelin and Dunlop, relocated their factories to Ghana citing epileptic energy supply in Nigeria as the chief reason.

In sum total, they gave the nation a lost half-generation.

In terms of ease of doing business we have, as of today, gained 39 places up the ladder in the World Bank’s Ease of Doing Business Index from where we were 2015 and in two of these years, we were adjudged as being in the top ten of the reforming economies of the world.

The Nigerian Investment Promotion Council (NIPC) in 2017 completed a long-overdue revision of the list of activities that can benefit from Nigeria’s Pioneer Status Incentive, which grants beneficiary companies a 3 to 5-year tax holiday. The revision, done more than 10 ten years after the last one, has modernized the List, expanding the tax holiday incentives to qualifying companies in E-commerce, Software Development, Animation, Music, Film and TV.

The main reason for the defeat of the PDP in 2015 was corruption. The present administration at the center led by President Muhammadu Buhari has so far presented a corrupt-free image of itself. It has succeeded in abolishing grand corruption at the top. Today, you are sure that no one will call the Governor of Central and ask him to bring hard cash- Naira, Pounds, Dollars, Euro or Renminbi.

This is attested to by world leaders including the outgoing American President, Donald Trump who commended President Buhari for “significantly bringing down the level of corruption in the country.”

Today, we have given the world its best performing stock market. Covid economy notwithstanding, Nigeria stands as the number one country in Africa in the International Monetary Fund, IMF 2020 Economic Outlook’s rating of countries. Using countries’ GDPs, the IMF lists Nigeria among the world’s first 26 countries.

There are many today who take for granted the declared victory over the Boko Haram terrorists, forgetting the reign of the bomber who made it almost impossible for regular attendance in markets, Churches and Mosques in many of our cities, including the Federal Capital City, Abuja.

With increased procurement of military aircraft, weapons, equipment and ammunitions, the remaining task of ridding Borno State of Boko Haram is well on course.

Military procurements and increasing recruitment will ensure the the momentum of ridding the Northwestern and North Central States are equally rid of kidnapping, cattle rustling and banditry.

Yet, the so-called Nigeria’s major opposition party, the Peoples Democratic Party (PDP) says many Nigerians who are already fed up with the “ Misrule” of President Muhammadu Buhari and the ruling All Progressives Congress (APC) and are-hold your breath- yearning for its (PDP) return to power in 2023.

Related Topics:PDPGarba Shehu
Up Next