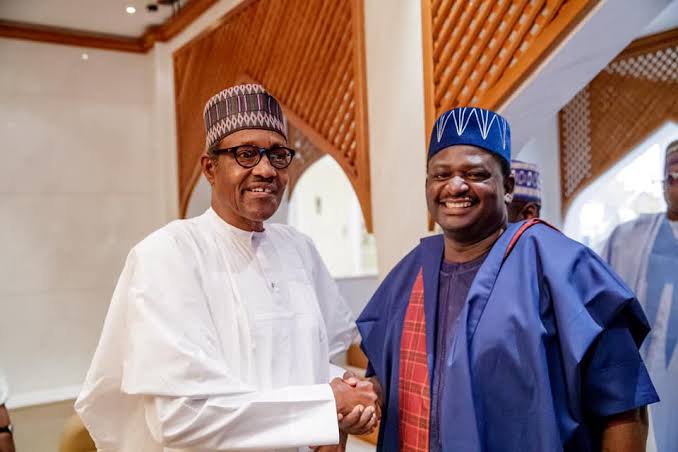 The Special Adviser to the President on Media and Publicity, Femi Adesina has refuted claims that President Muhammadu Buhari “is a stingy man.”

The spokesman revealed two instances that Buhari has given him money through a congratulatory message on the President’s 78 birthday.

He wrote, “And in January 2017, I was to receive the traditional title of Nwanne di Namba of Mmaku Kingdom, in Enugu State. Courtesy demanded I tell the President. This man, who prides himself as ‘very stingy’ gave me a handsome amount of money to ferry my friends and family to the ceremony. How much? I won’t tell you, lest you ask for a belated share.

“And in May 2018, I was billed for China for a 12-day course for senior government officials from Africa. He said when the journey was two days away, I should come to see him. I did. You know what he said? ‘Adesina, I know that you don’t have money. But you are too shy to ask.’ We both laughed, and he gave me an envelope which contained foreign currency. How much? You think I’ll tell you? For where?”

He said, “If only more Nigerians knew this President. If only they knew the essential Buhari, the quintessential patriot and gentleman, they would behave differently, handle him with more care, and show him more kindness. Yes, everyone needs kindness, even Presidents.”

“Too many people have chosen to believe the wrong things about President Buhari, and have ossified their minds against the truth. But then, those of us who have had the privilege to work with him, studied and known him at close quarters, have a duty to tell what we have seen. And what better day to do it, than on his birthday.”

“Oh, he eats from the President. What else would he say than to sing his praises. True? False. If need be, I will serve this President for free. I consider it a great privilege to serve a man I admire. Even gratis.”

“Somebody commented that a blitzkrieg has been launched against Buhari and the government he leads, from all quarters. Some elements in the media, human rights groups, so-called activists, NGOs, Boko Haram, ISWAP, all at once. But is Buhari the loser? Not at all. It’s the country that ultimately loses”

Reno Omokri offers Garba Shehu $20,000 to sleep in Koshebe or Kware for a night