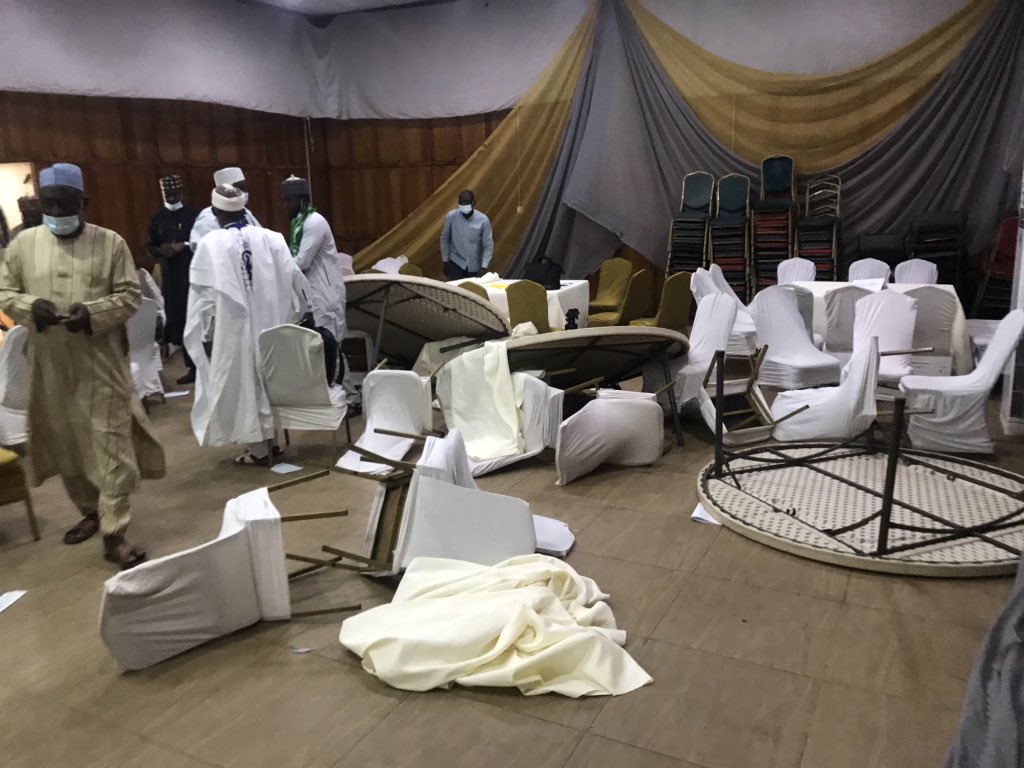 Hoodlums have reportedly disrupted a conference organised by the Coalition of Northern Groups (CNG) to address raging security concerns in the region.

NewsWireNGR reports that the Coalition of Northern Group says its state chapters will trek to Daura, the country home of President Muhammadu Buhari, in protest against the abduction of at least 600 students of Government Science Secondary School, Kankara, Katsina State.

The meeting, which was holding on Monday morning at Arewa House in Kaduna, had to be abruptly shut down when an unspecified number of armed men invaded the venue.

Cartoonist Mustapha Bulama was amongst those who shared news of the disruption on social media Monday afternoon.

NewsWireNGR could not immediately confirm why the thugs shut down the meeting.

Kankara Abductions: Coalition of Northern groups to protest in Daura