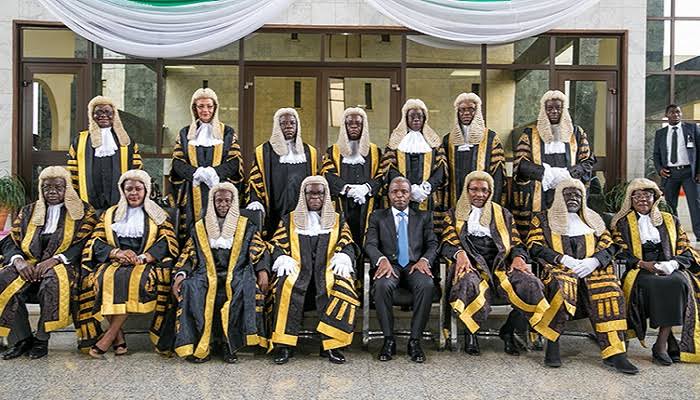 The Independent Corrupt Practices and Other Related Offences Commission (ICPC) has revealed that N9,457,650,000 was corruptly demanded, offered and paid as bribe in Nigeria’s justice sector between 2018 and 2020.

This is according to a report titled: ‘Nigeria Corruption Index: Report of a pilot survey’, carried out by the Anti-Corruption Academy of Nigeria, the research and training arm of the ICPC.

“A large percentage, 73% of justice sector respondents did not experience a situation of outright demand or offer of bribe. Nevertheless, it remains alarming that 16 per cent of respondents had experienced such blatant demands or offers of bribes,” the report said.

“Follow up discussions indicated that the cases of outright demand and offer of bribes are mostly linked to election matters.

“Money involved in the high-level corruption in this sector was categorized into money demanded, offered or paid. Demands are made by court officials including judges, while bribery offers and payments are made by lawyers or litigants.

“78 respondents constituting 8.7% of all justice sector respondents reported offers or payments of bribes to influence the judicial process.

“Out of the 78 justice sector respondents that reported amounts of money offered or paid, 63 were lawyers. This number makes up 9.9% of all lawyers surveyed in the justice sector. The 63 lawyers that reported payments were mostly male being 69.8%, while their female colleagues constituted 30.2% of that population.

“Although the females were just slightly more in number than the males, the females reported a substantially higher amount of money.

Apart from “bribe for judgment”, another type of corruption identified in the judiciary by the ICPC is “fraudulent alterations of court documents”.

“In the experience of justice sector respondents, court staff are most responsible for this corrupt practice,” the report said.

“The combined forces of court staff and lawyers account for 70.2% of cases of fraudulent alteration of court documents. The report said.

We are working on extraditing Maina to Nigeria; Nigeria Police says