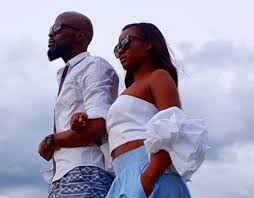 Rapper and Entertainer star, Ikechukwu is about to tie the knot with the woman of his dreams.

Ikechukwu announced his engagement to wife through a clip he posted on his Instagram page on Friday.

The clip featured his girlfriend’s hands with a diamond ring on her fingers.

He captioned the clip “She said yes” and posted underneath “Hi, Ok bye”

Ikechukwu had introduced his girlfriend via an Instagram post in September. He captioned the photo, “Help me pray for next level cos we no dey hide again”.

Here’s a link to the announcement on his Instagram page..

Ikechukwu Onunaku, known professionally as Ikechukwu and Killz is a Nigerian singer, rapper, and actor.

He moved to the United States after completing high school at King’s College, Lagos. He returned over a decade later to Nigeria shortly before the release of his first album Son of the Soil in 2006 which featured the smash hit My Name is Ikechukwu. Son of the Soil was followed by Life and Times of Killz Volume 1 which featured production by Don Jazzy and an appearance by DBanj and Wande Coal and frequent collaborator Naeto C.

Related Topics:IkechukwuRapper and Entertainer star
Up Next