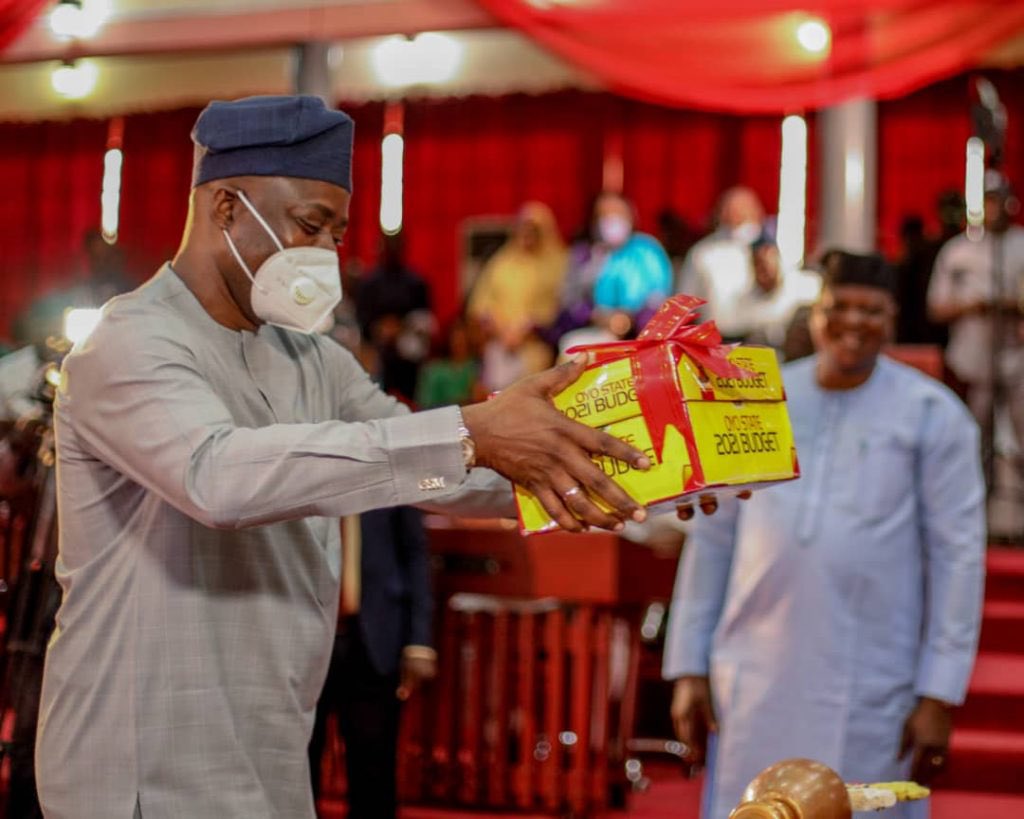 The Governor of Oyo State, Seyi Makinde, has presented a budget proposal of N266.6billion to the State House of Assembly for the 2021 fiscal year.

The appropriation bill which was presented on Monday was tagged “Budget of Continued Consolidation” was 25.16 percent more than the 2020 revised budget.

In his breakdown of the bill, Makinde noted that the budget was 25.16 percent more than the 2020 revised budget adding that N130.3 billion was allocated to the capital expenditure, while the recurrent expenditure received over N136.2billion.

He said that the aim was for the capital expenditure to surpass the recurrent expenditure, and assured the public that the state would get to such a position.

Meanwhile, the education sector was allocated the highest share of the budget with an allocation of N56.4billion, which represents 21 per cent of the total budget estimate.

The Governor explained that the allocation also represents a 12 per cent increment over the 2020 budget, adding that the allocation to the education sector also surpasses the recommendation of the United Nations Educational Science and Cultural Organization (UNESCO).

2023: Governor Umahi says he has no plans for presidential bid