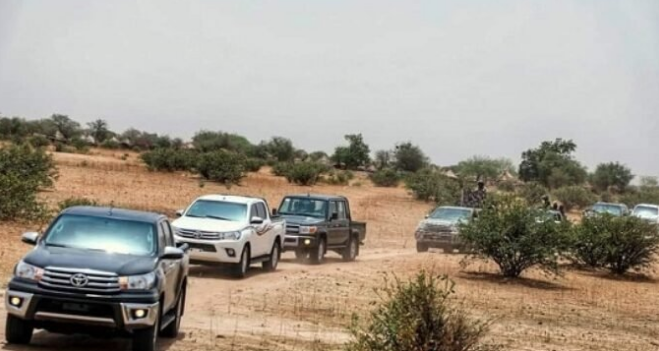 The attack killed seven soldiers and members of Civilian-JTF.

The convoy was attacked on their way to Baga in Kukawa Local Government Area, according to a report by Sahara Reporters.

The Governor escaped the attack because he had earlier been flown by a helicopter with some other top government officials.

“We were attacked by the gunmen who came with about six trucks and seven motorcycles. We engaged them but they have already destabilised.

“We had no option than to abort the trip and returned to Maiduguri with corpses of the deceased. About seven people died immediately but two of my colleagues (soldiers) died from gunshot injuries when we got back to Maiduguri,” a soldier attached to the governor said.

This is the third attack on the governor in three months.

Borno State has been plagued by the Boko Haram insurgency for over10 years.

Since 2009, Boko Haram activities have resulted to about 20,000 to 30,000 fatalities and over 2.3 million population displaced from their homes.