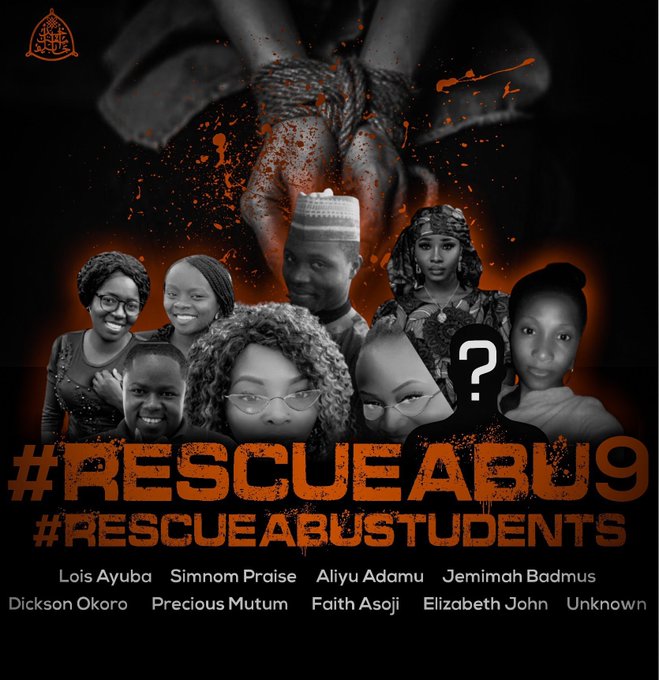 After 6 days of kidnap, the nine abducted students of Ahmadu Bello University, Zaria have been released.

The students, from the Department of French, were travelling to Lagos for a programme at the Nigerian French Language Village (NFLV) in Badagry.

Recall that NewsWireNGR reported on November 15 that kidnappers abducted the nine undergraduates of the French department along the Kaduna-Abuja highway while embarking on a road trip to Lagos for an academic programme.

Julius Mutum, a brother to one of the victims, tweeted that his sister has been released.

“Some of the #ABU9 including my sister have just regained their freedom. Strictly by family efforts. Thank you @TheAbusite for lending your voice when everyone including govt and security agents didn’t care,”.

The kidnappers requested for one million per head as the ransom for each child.  However, after the families of the abducted paid these ransom, the children were released.

Ashiru Tijjani Zango, ABU head of security, also confirmed to newsmen Sunday morning that the students have reunited with their families.

“Yes it’s true, I called the head of department and she confirmed to me that the students have been released. She said she will contact the family members before they make it public,” Mr. Zango said.

The head of security however did not confirm if any ransom was paid.

Related Topics:NigeriaKidnappersABU Students
Up Next