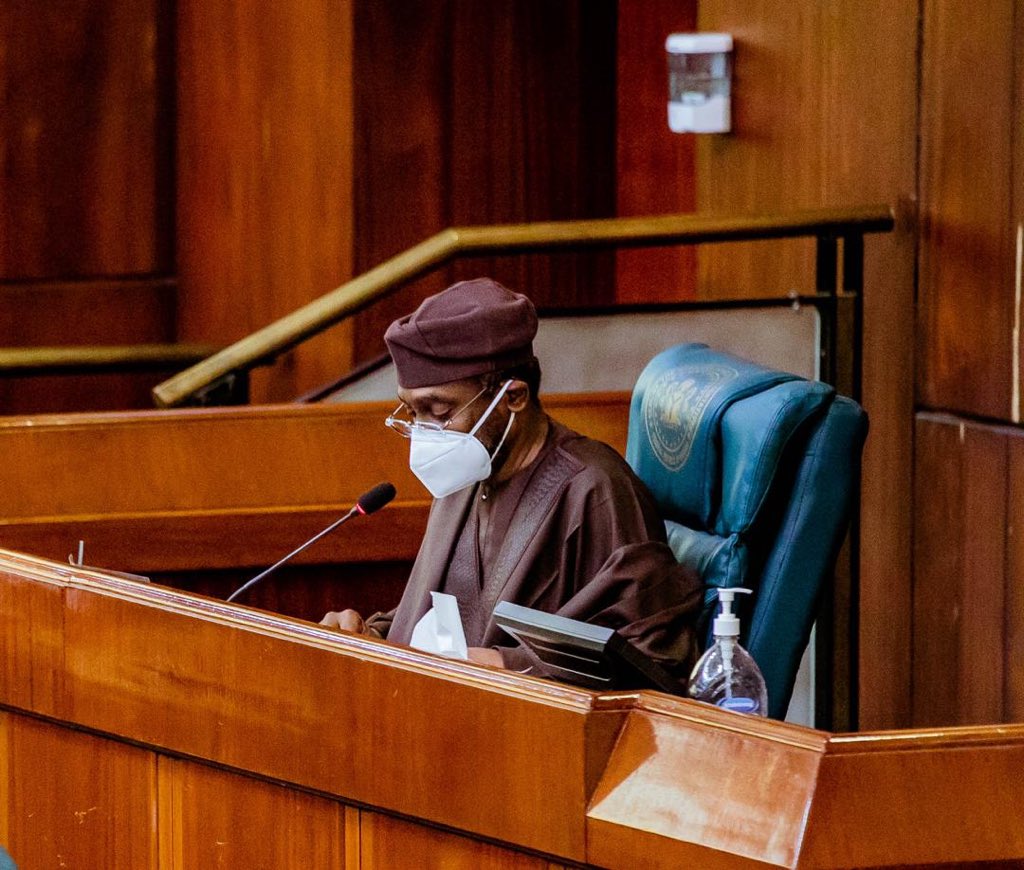 A security aide to the Speaker of the House of Representatives, Femi Gbajabiamila has shot a newspaper vendor in the head.

The victim identified as Ifeanyi Okereke was immediately rushed to the National Hospital by his brother and some police officers, where he later died.

NewsWireNGR gathered that the shooting happened when Okereke and other street vendors selling on the Shehu Shagari Way, Three Arms Zone, flocked around Femi Gbajabiamila’s convoy in hopes of receiving money because the speaker was said to be in the habit of giving out money anytime he passed by.

“The speaker called to give vendors money and the security aide just shot him (Okereke) in the head. He was rushed to the National Hospital where he died some hours later,” said the Chairman of the Newspapers Vendors Association in FCT, Etim Eteng.

Confirming the tragic incident, Femi Gbajabiamila in a series of tweets from his official Twitter page, said the vendor was hit by a stray bullet meant to disperse a crowd when he went to greet newspaper vendors while leaving the National Assembly.

“I have caused a report to be made to the local police station and an investigation has commenced. My value for human life and my respect for all people – irrespective of social-economic status – is what endeared me to these vendors and these are the reasons why I stop my convoy quite often to connect with them.” The speaker stated further.

In October, Nigeria was engulfed in weeks of protests against excessive use of firearms and brutality by the Nigerian police. The unarmed protesters were subsequently met with more brutality by Nigerian security forces firing live rounds that left over 10 people dead according to an Amnesty international report.

In several press statements and in a recent press conference, the Nigerian government has continued to insist that the security forces fired ‘into the air’.