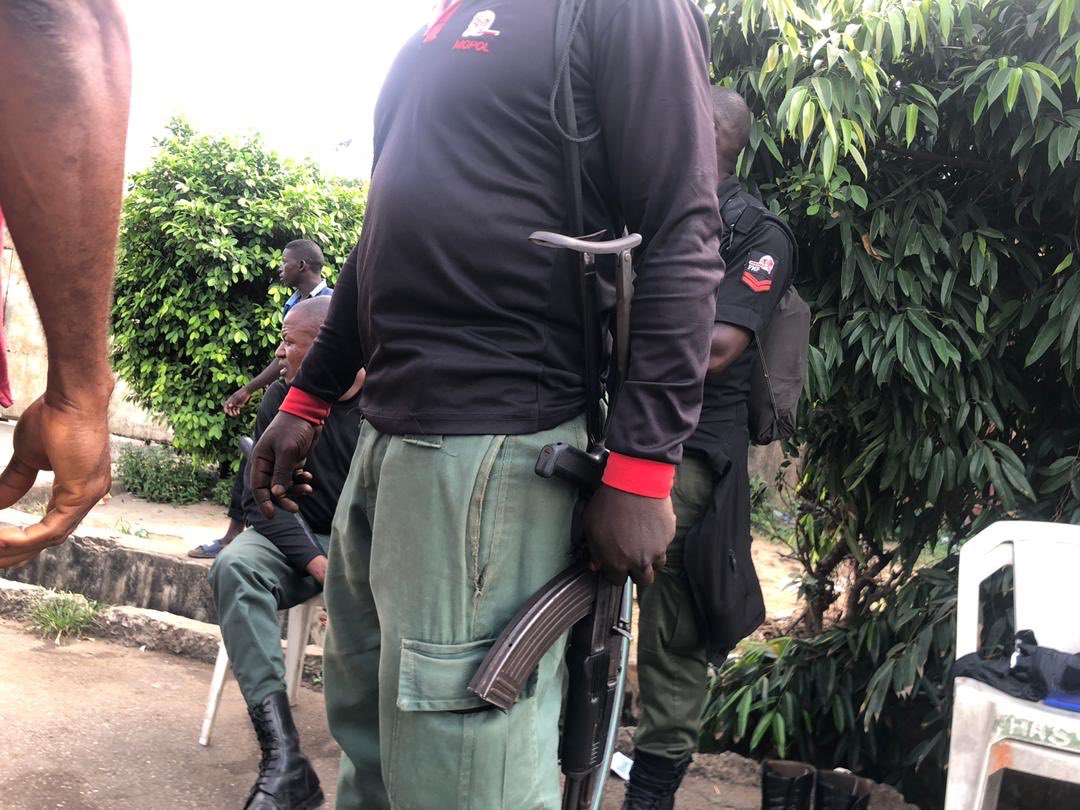 Police in Lagos have blocked the access road to Afrika Shrine to prevent a planned EndSARS meeting scheduled today.

The police officers guarding the place are restricting movement in and out of the shrine premises.

The meeting was organised by Seun Kuti, the youngest son of afrobeat legend and activist, Fela Anikulapo Kuti.

NewsWireNGR had earlier reported that the Lagos State Police Command threatened to close the Africa shrine Ikeja if the reported Tuesday’s Mass Meeting of a Movement of The People, Tagged #EndSARS Movement:  Lessons and Task holds.

The Police had warned that the gathering should be suspended because any infraction that may emerge from this gathering will be tagged a deliberate action to sabotage the transition and restoration of the Peace in Lagos State by the Lagos state Government and the Nigeria Police Force.

Related Topics:Seun Kuti
Up Next

Man detained without trial in Kano for being an atheist