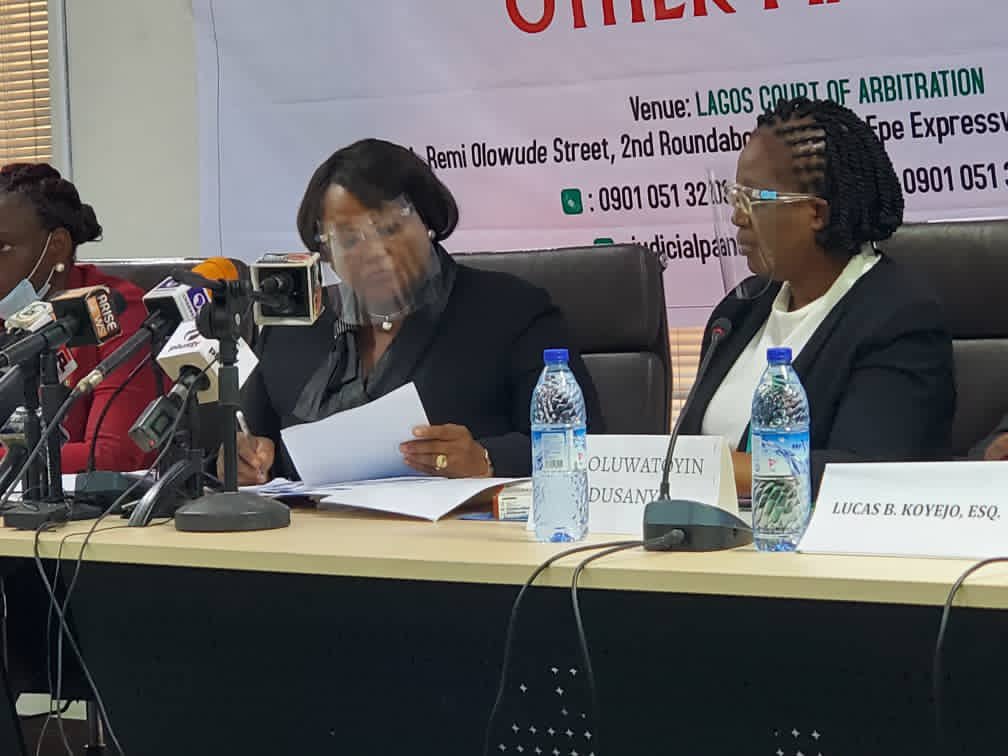 Taiwo said this on Saturday in his testimony before the Lagos State Judicial Panel of Inquiry probing the alleged shooting of #EndSARS protesters at the Lekki tollgate on October 20, 2020.

The general said, “Some people take delight in misrepresenting Nigeria and particularly the Nigerian Army to the international community and our fellow Nigerians. This, I believe is done for pecuniary gains.

“Quite recently, a Nigerian, Catherine Udeh, also known as DJ Switch, claimed the Nigerian Army was looking for her. There is nothing further than the truth.

“My Lord, we have bigger fish to fry; and that is how to stabilise Lagos. We can’t be bothered chasing one or two people. Where she got that from, I do not know.”

DJ Switch, an eyewitness had helped to remove bullets from peaceful protesters who were shot at Lekki tollgate, according to her Instagram Live feed.

The Nigerian Army also insisted that only blank bullets containing gunpowder were fired at the Lekki Tollgate area of Lagos State on October 20.

While explaining that the blank bullets used cannot cause any damage to the flesh, Brigadier Taiwo said if real bullets were indeed fired, one bullet had the potency to kill three persons at one shot.

He reiterated the Army’s position that they were deployed to the scene on the orders of the state government.

While a curfew had been put in place to contain the violence that had broken out in parts of the state by persons who hijacked the peaceful protests, the army said it did get the update that the timing which had initially been set to commence at 4:00 pm, was shifted to 9:00 pm.

He insists that the troops were not only deployed to the Lekki tollgate but also to other areas like Badagry, Ikorodu, Apapa, Alimosho, Epe, Lagos Island and the entire state to restore normalcy.