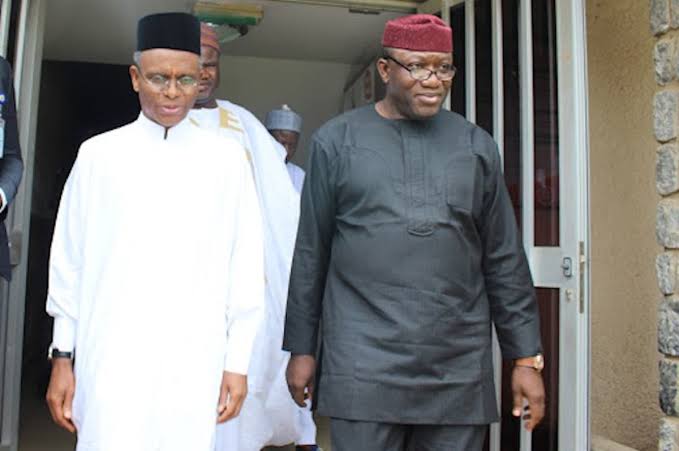 The Pan-Yoruba socio-cultural group, Afenifere and its Niger Delta counterpart, Pan Niger Delta Forum (PANDEF), have expressed their support for the weekend’s call by Nigeria Governors Kayode Fayemi of Ekiti State and Nasir El-Rufai of Kaduna State for the restructuring of the country.

NewsWireNGR reports that the Governor of Kaduna State, Nasir El-Rufai, had said it is time to restructure Nigeria, on Saturday, while speaking at a public lecture to commemorate the 50th anniversary of Arewa House in Kaduna.

The two groups, however, warned against the call being associated with any political colouration.

Spokesman of Afenifere, Yinka Odumakin, in an interview on Sunday, said that the group will continue to support any call for the restructuring of the Nigerian state especially on the issue of creation of state police.

According to him, “Afenifere agrees with anybody who is for state police, which is an ingredient of federalism but this is no time to choose and pick aspects of federalism and it has to be wholesome.”

PANDEF lauded statements credited to the two governors on the need for the restructuring of the country, saying the governors who stated the obvious spoke well.

The group’s National Publicity Secretary, Hon. Ken Robinson, in a statement issued Sunday, stressed that the clamour for restructuring is gaining greater momentum, lately, with an increasing number of prominent Nigerians, across the country, acknowledging the reality that the country cannot continue with the extant flawed structure.

He, however, expressed the hope that some of these statements, coming at this time, are candid and not mere assertions to procure citizens’ support for future political permutations.

He explained: “Without doubt, there are some foundational errors, and an extensive concentration of power at the centre, which has become disadvantageous to the unity, peace and growth of the country. It is only antagonists of Nigeria and beneficiaries of the present skewed and lopsided structure that is opposed to the restructuring of the country.

“However, the stark reality is that if we don’t restructure Nigeria, the country will restructure itself; recent happenings in the country should serve as harbingers of the future, to all Nigerians.

“It is also important to underscore that what is needed is a complete reconfiguration or restructuring of Nigeria, not a review of the revenue sharing formula. You may wish to recall that when revenues from cocoa and groundnut were the nation’s economic mainstay derivation principle, before the discovery of oil in commercial quantities, in Oloibiri, Bayelsa State, derivation principle was the primary component of revenue allocation.

He said it has become necessary to revert to the structure that allows control of mineral resources to be vested in the states in the interest of equity, fairness, and justice, adding that the states who would then pay applicable royalties and taxes to the Federation Account for distribution as said to have been rightly recommended by El-Rufai’s APC Committee.