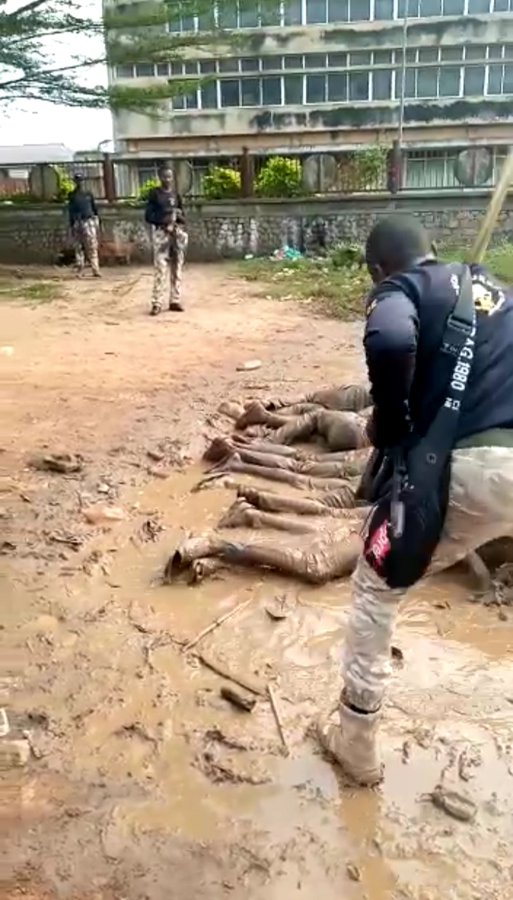 The Nigerian airforce says officers captured in a video meting out corporal punishment on suspected hoodlums involved in criminal activities during the imposed curfew in Ilesha, Osun State have been arrested.

A viral video across social media had shown some officers of the Nigerian Air Force brutalizing citizens for defaulting Curfew in the state on Tuesday.

In a statement issued Wednesday, the Airforce said personnel involved have been arrested and investigations is ongoing and “appropriate action will be taken” .

“We wish to inform the general public that @NigAirForce has identified all the personnel involved in the incident & placed them on close arrest, while investigation to determine their level culpability has commenced, after which appropriate disciplinary action will be taken”.

The Airforce added that “as a professional and disciplined force, does not condone such irresponsible acts and has zero tolerance for human rights violations, in whatever guise, even against suspected criminals; as all suspects are presumed innocent until proven guilty by a court of law”.

The statement issued and made available to NewsWireNGR says the acts depicted in the video are at variance with our core values, as we place high premium on the rights of citizens.

“We wish to reassure that our personnel have been directed on professional conduct to ensure security, whilst remaining accountable to the Nigerian people.”…