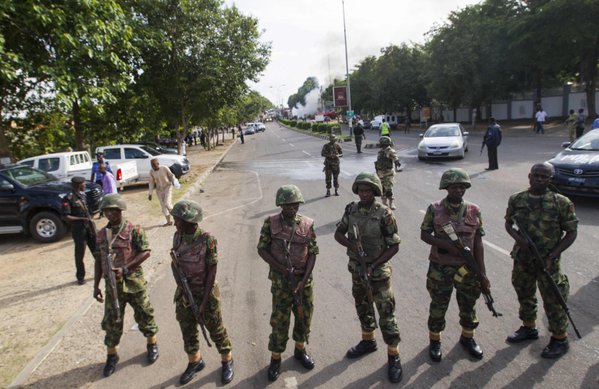 Some soldiers on Saturday reportedly forced a medical doctor, Raphael Onyemekehia, to swim in a pool of muddy water along the Effurun-Warri Road in Uvwie Local Government Area of the state.

The incident happened around 11 a.m. when the doctor was on his way to the clinic, the victim and the state’s medical association said.

The soldiers forced the doctor to swim inside the muddy water at gunpoint while he was heading for work, this was in enforcing the 48-hour curfew imposed by the Delta State Governor, Ifeanyi Okowa.

Mr Onyemekehia, a consultant physician, reportedly identified himself to the soldiers with his identity card before he was ordered to enter the gutter and swim for allegedly violating the curfew.

The soldiers allegedly told the medical doctor that nobody was exempted from the curfew by the order given to them.

But Governor Ifeanyi Okowa had while declaring the curfew exempted essential workers including medical workers from the restriction of movement owing to the violence that greeted the #EndSARS protests across the country.

However, the soldiers told the doctor that he violated the state-wide curfew declared by the state governor.

They reportedly threatened to shoot him if he failed to swim in the gutter, Mr Onyemekehia was said to have swum for about 30 minutes.

See statement by the NMA.