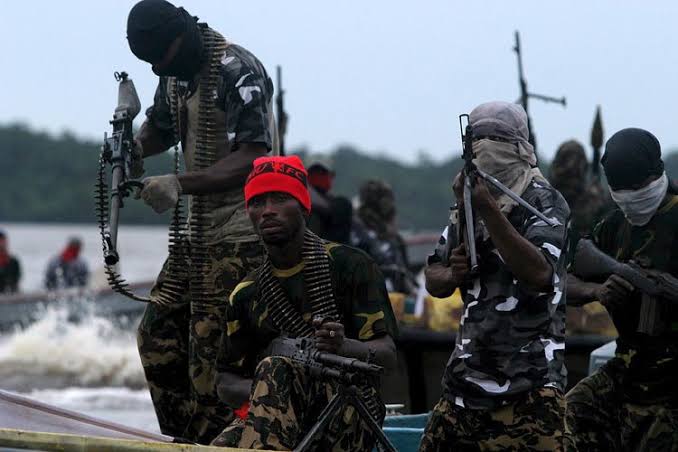 Militant groups from the nine states of the Niger Delta region, which vowed to resume hostilities, last Monday in support of #EndSARS protests, triggered fresh anxiety on Sunday as it presented 11 new demands to the Federal Government.

Leader of the militants under the auspices of Reformed Niger Delta Avengers, RNDA, self-styled “Major General” Johnmark Ezonebi, in an email statement to journalists, said the coalition had communicated multinational oil companies to evacuate their staff to avoid human causalities.

RNDA stated: “In support of the existing demands by the #EndSARS protesters, we have added new demands that could stop the mayhem on foreign oil multinationals, oil and gas infrastructures and the Joint Military Task Force involved in the Operation Crocodile Smile in the region.”

“We have vowed to take the destiny of our region into our hands and kick-start the occupation of all the major oil wells and the oil platforms, we will also bring down all major crude oil production pipelines to zero,” it added.

First on the demands of the RNDA is: “Urgent release of the N98 billion gas flare penalty fund to the host communities of the Niger Delta, which are funds domiciled in the Federation Accounts through the Central Bank of Nigeria, CBN, by the International Oil Companies, IOCs, as payment to compensate the communities being affected in the creeks of the Niger Delta due to their environmental pollutions and environmental hazard caused the multinational oil companies.”

The group recalled the President Muhammadu Buhari administration withdrew $1 billion from the Excess Crude Account sometime in 2019 to acquire heavy weapons to fight Boko Haram insurgents in the North East, adding: “This is wicked and insensitive to the peace accord signed with the people of the Niger Delta region, most especially the RNDA militant group that accepted the ceasefire agreement on 21st of August 2016 and nothing has been done so far.”

“Secondly, we demand the total control of our God -given resources in the region. If some parts of northern states are allowed to operate and will be given license to engage in illegal mining and sale of gold, it means it is time the people of the Niger Delta region, especially the Ijaw ethnic nationality be given equal opportunity to go ahead with artisan and local refining of crude oil in the creeks without any form of intimidation and harassment from the Nigerian government as well.

“Thirdly, RNDA demands that riverine areas in Niger Delta be connected to the cities with roads and bridges with provisions in the 2021 budget. A road project for instance should connect Warri to Ogulagha, Burutu local government area, which is a host to Forcardos Terminal, producing over one million barrels of crude oil that contribute trillions of dollars to the federal government on daily basis.

“We also demand that Senator Godswill Akpabio be mandated to hold a town hall meeting with the traditional rulers, stakeholders and leadership of RNDA militant group in the creek in order to show a genuine intention that the budget proposal will not witness embezzlement and diversion of billions to Akpabio and his cronies’ pockets without any tangible and practical development in the creeks of the region.”

And we also demand immediate take- off and re-opening of the Burutu Seaport by the federal government, which should be included in the 2021 budget.

“More importantly to the RNDA militant group, we call for an emergency review of the Revenue Allocation Act in other to give proper interpretation of the 13 per cent derivation funds that will not be deposited in the hands of the so- called inhuman wicked corrupt minded Niger Delta governors that has been pocketing the billions of naira on monthly basis from the federation allocation account without getting to the oil producing communities in the creeks of Niger Delta and without any accountability to the long neglected emancipated oil producing communities that are the original owners of the 13 per cent derivation funds , according to section 162 sub section 2 of the 1991 constitution as amended.

“So we demand proper interpretation of this Act by the Attorney General of the Federation as to the chief law officer of the country because the people of the Niger Delta oil producing communities are tired of this perpetual man-made injustice caused by the so -called Niger Delta callous inhuman wicked and corrupt minded governors.

“We also called for a review of the four-point agreement with the Host Communities of Nigeria, HOSTCOM, which was submitted to the federal government by the national chairman, Prince Mike Emuh, and has not been approved up till date. The provisions of the agreement which include 10,000 pipeline surveillance jobs to the oil producing communities through the leadership of HOSTCOM has not been approved.

“Therefore, RNDA demands pipeline security surveillance job to accommodate the members of the Reformed Niger Delta Avengers group, who are over 5,000 in the creek and we will no longer allow this to happen any more in the creek or else we will bring down all the pipelines in our creek within the stipulated time of ultimatum.

“Furthermore, we demand release of the 10 licenses for modular refineries in Niger Delta, which the federal government has not approved up till this moment, yet the Federal Executive Council is approving billions and trillions every week in the presidency through the sales of our crude oil on 1.86 million dollars to 2.2 million dollars barrels on daily basis without any tangible,” the militants said.