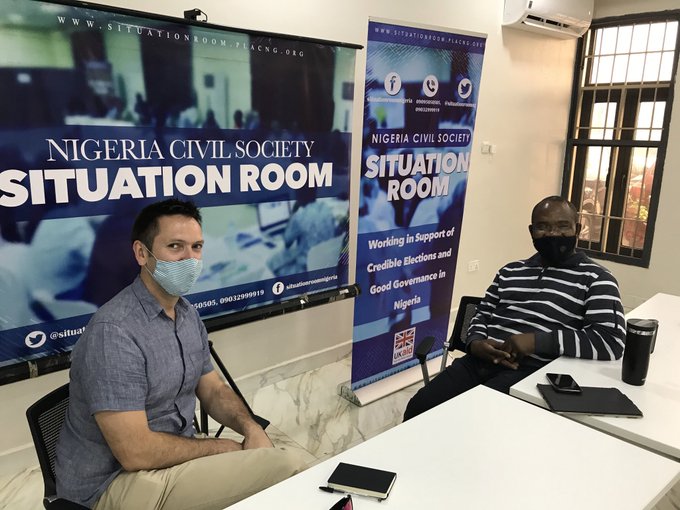 The Nigeria Civil Society Situation Room is alarmed by the brutal, despicable killing of young and peaceful #EndSARS protesters by armed security officials at the Lekki Toll Plaza in Lagos.

The group said, “The killing of peaceful protesters by armed security officials comes barely 48 hours after the Nigerian Armed Forces announced the commencement of what it termed “Operation Crocodile Smile” thus opening questions about the connection between the military operation and this evil pre-meditated attack on innocent, peaceful protesters”.

In a statement issued by Clement Nwankwo, Convener of the Nigerian Civil Society Situation Room and made available to NewsWireNGR, “the Situation Room is calling on the National Assembly leadership to immediately summon the President of the Federal Republic of Nigeria, Muhammadu Buhari, the Chief of Army Staff and the Inspector General of Police, to appear in a public and open hearing at the National Assembly, to explain the circumstances that led to the brutal massacre of peaceful protesters in Lagos”.

Situation Room is also concerned that armed thugs have been mobilised to attack innocent protesters across the country, carrying out bizarre acts of violence against peaceful protesters, citizens and properties without the Police or any security official intervening to halt this slide into anarchy.

Situation Room calls on the National Assembly public hearing to determine responsibility for the killing of these innocent protesters and pursue commensurate action to bring perpetrators to justice, including their prosecution.

“Government institutions and individuals fanning and instigating armed thugs to attack innocent protesters should be held accountable,” – the statement reads in parts.

Situation Room also calls on the international community to take urgent action to bring to bear international action and response to the brutality of security forces against innocent and peaceful protesters.

IGP orders withdrawal of policemen attached to VIPs across Nigeria