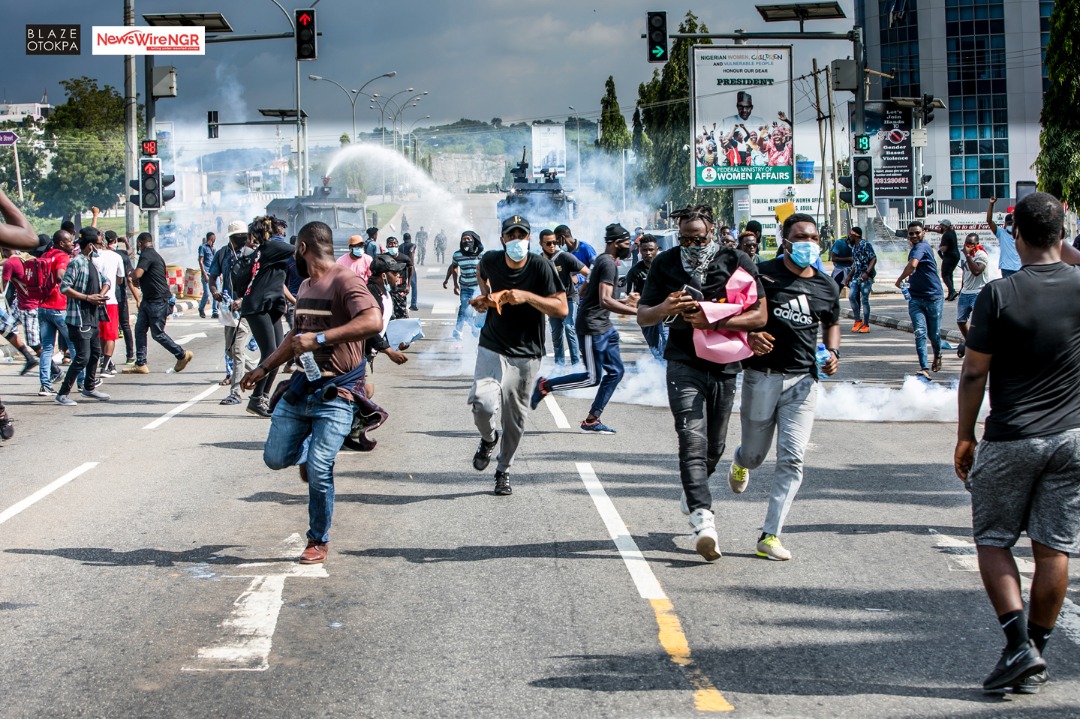 The Inspector General of Police (IGP) Mohammed Adamu, has warned all Police Officers across the country against the use of force on peaceful #ENDSARS protesters demanding fundamental reforms in the policing system in Nigeria not just the disbandment of the notorious Special Anti-Robbery Squad (SARS).

NewsWireNGR recalls that Protesters in Abuja , Lagos and Jos have been attacked by Police officers at different times. Police opened fire with live ammunition at protesters in Lagos, during demonstrations against police brutality .

In Lagos and Abuja, protesters were also attacked with machetes and thugs wielding sticks on Thursday and Wednesday.

This was disclosed in a statement signed on Thursday by Force Public Relations Officer Frank Mba saying the IGP noted that citizens have fundamental rights of freedom of expression, assembly and movement which must always be upheld and protected by the police.

The IGP however appealed to protesters to continually conduct themselves peacefully and guide their ranks against infiltration by criminal elements.

The police boss stressed that the Force leadership has clearly heard the voice of the people and is irrevocably committed to doing everything within its powers to address the observed ills, punish any offending officers and promote a people-friendly police force.

Like Lagos, Oyo deputy Governor says he was also a victim of police brutality #EndSARS